The last day was a bit of a blur – it was forecast to start raining around lunchtime, so I wanted to get a move on. The way my gps line told me to go through to Fernie had a logging sign saying private property, so I tried going down and around the way I’d come through on the Kootenay Gravel Grinder in 2016. 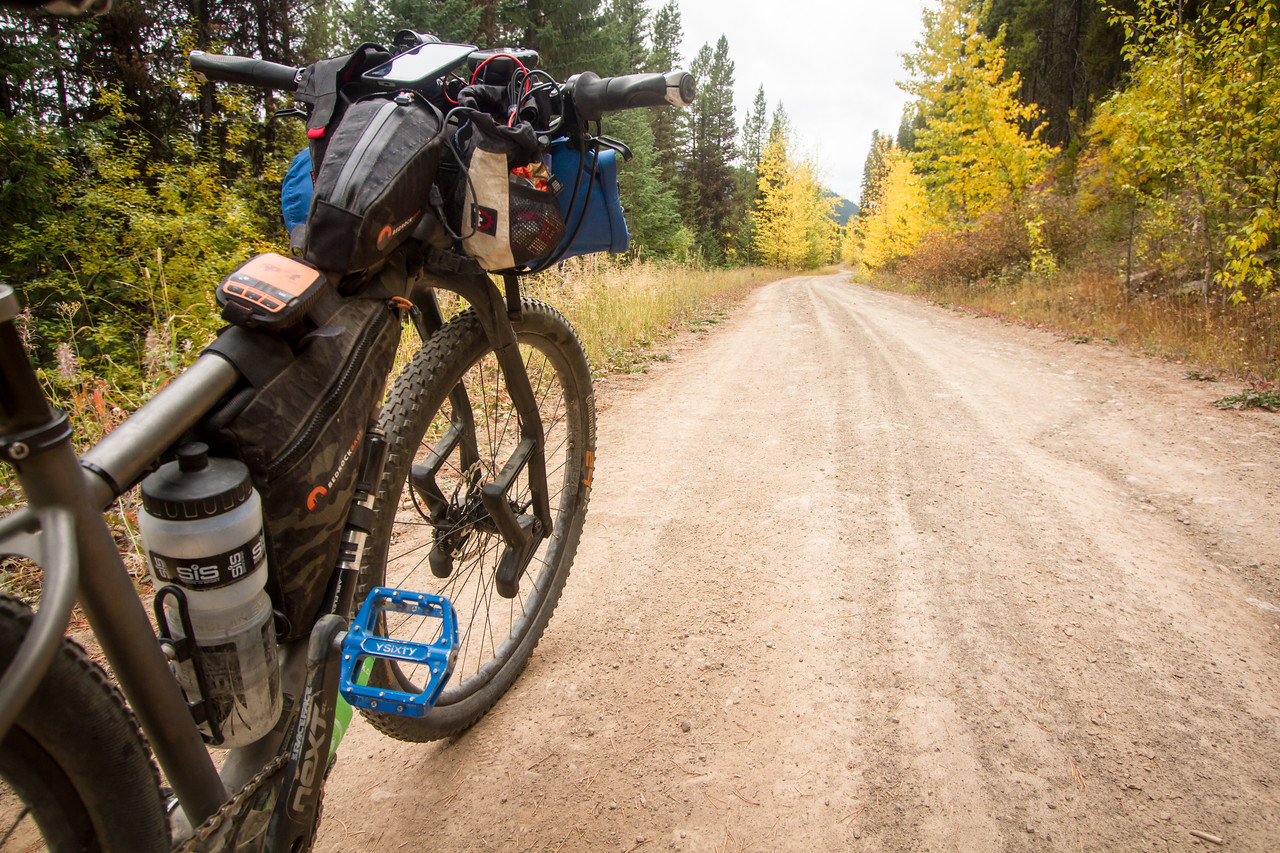 But it turns out that now too had active logging going on. As it was a Saturday, it wasn’t an issue, but I wouldn’t want to try and make the connection during working hours.

As I was moseying my way uphill, I saw a solitary black lump by the road in the distance.  “Interesting,” I thought, as my heart rate shot through the roof. I moved a little further forward, and there was a second black lump – even more interesting! But then the view opened up, and there were a whole herd of the things. And they definitely had nice long legs. Cattle, not bears. At least I was now feeling thoroughly alert.

Taking the photo below is the one spot where I managed to crash on the whole ride. I must have had a dizzy spell, as I fell over as I was laying my bike on the road and slammed down hard on my knee. The end result was me sitting on the road for a minute to catch my breath, then deciding that seeing as I’d already hurt my knee, I may as well take the damn photo.

Anyway, apart from the bit about my knee, the few switchbacks were fun.  And I actually came across another vehicle! With people in it! Otherwise this route was pretty deserted, it was a very quiet and still and overcast day.

As I neared the high point, the beautiful treed terrain I’d biked through last year was now all logged – it’s always a bit of a startling sight – no photos of that though, just the beautiful aspens I started to come across on the descent into Fernie. 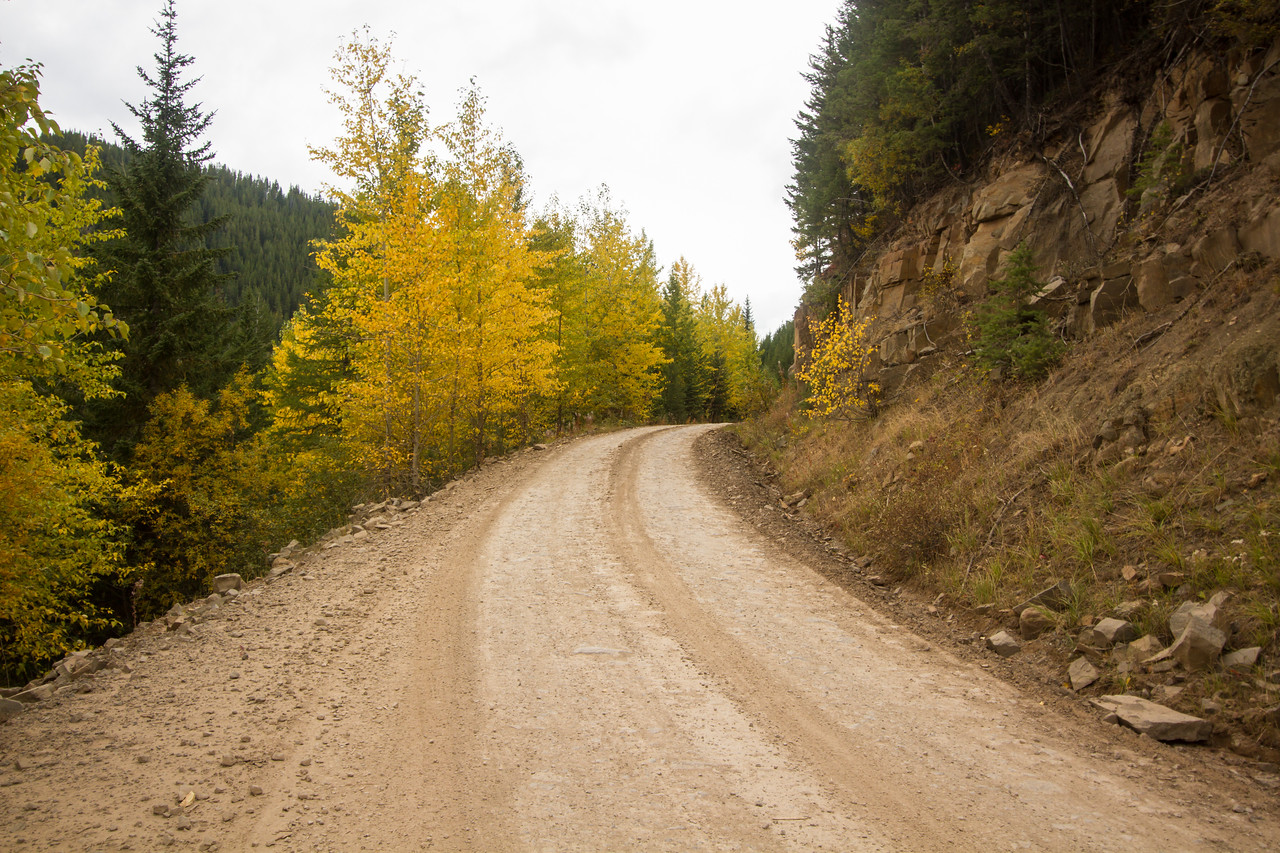 And that I apparently couldn’t stop taking photos of. 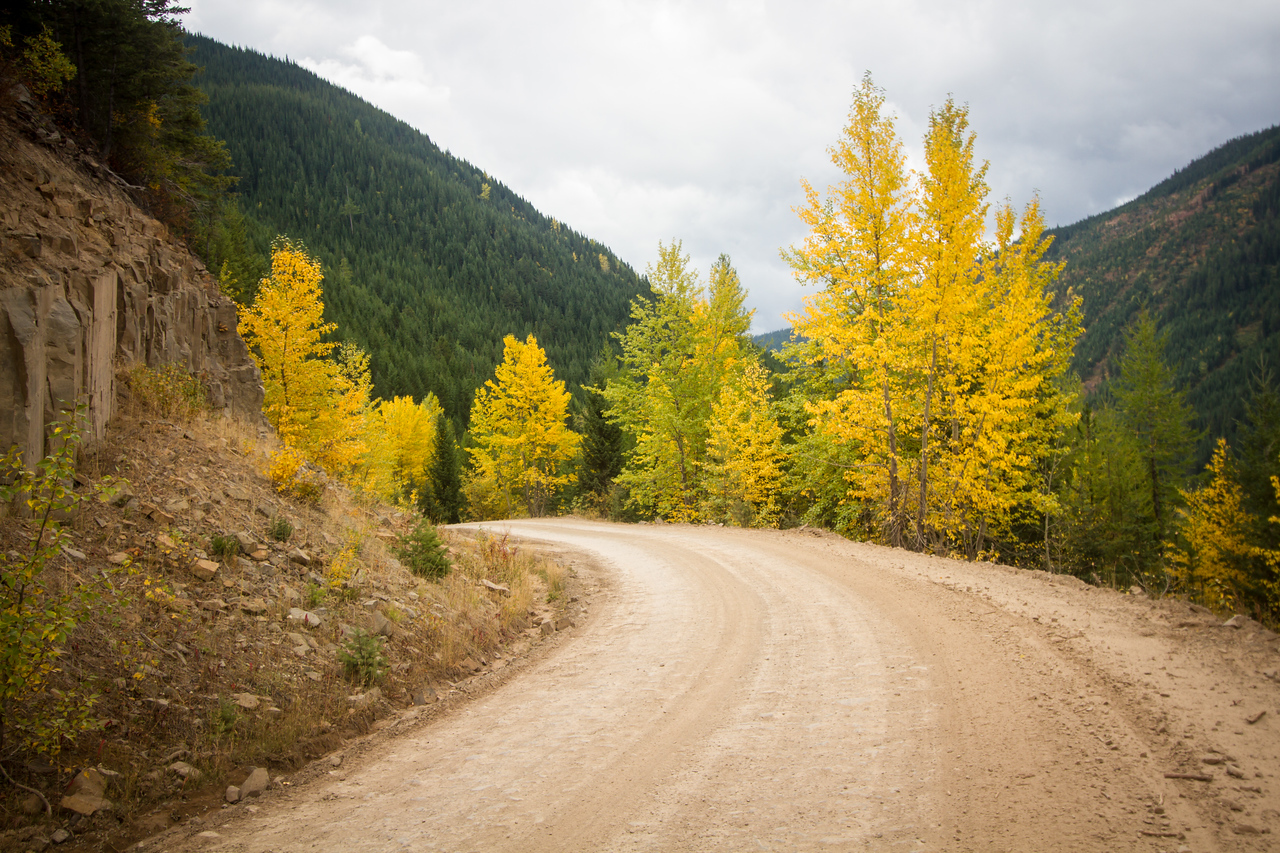 I mean, what would you do? With a road so ridiculously scenic? 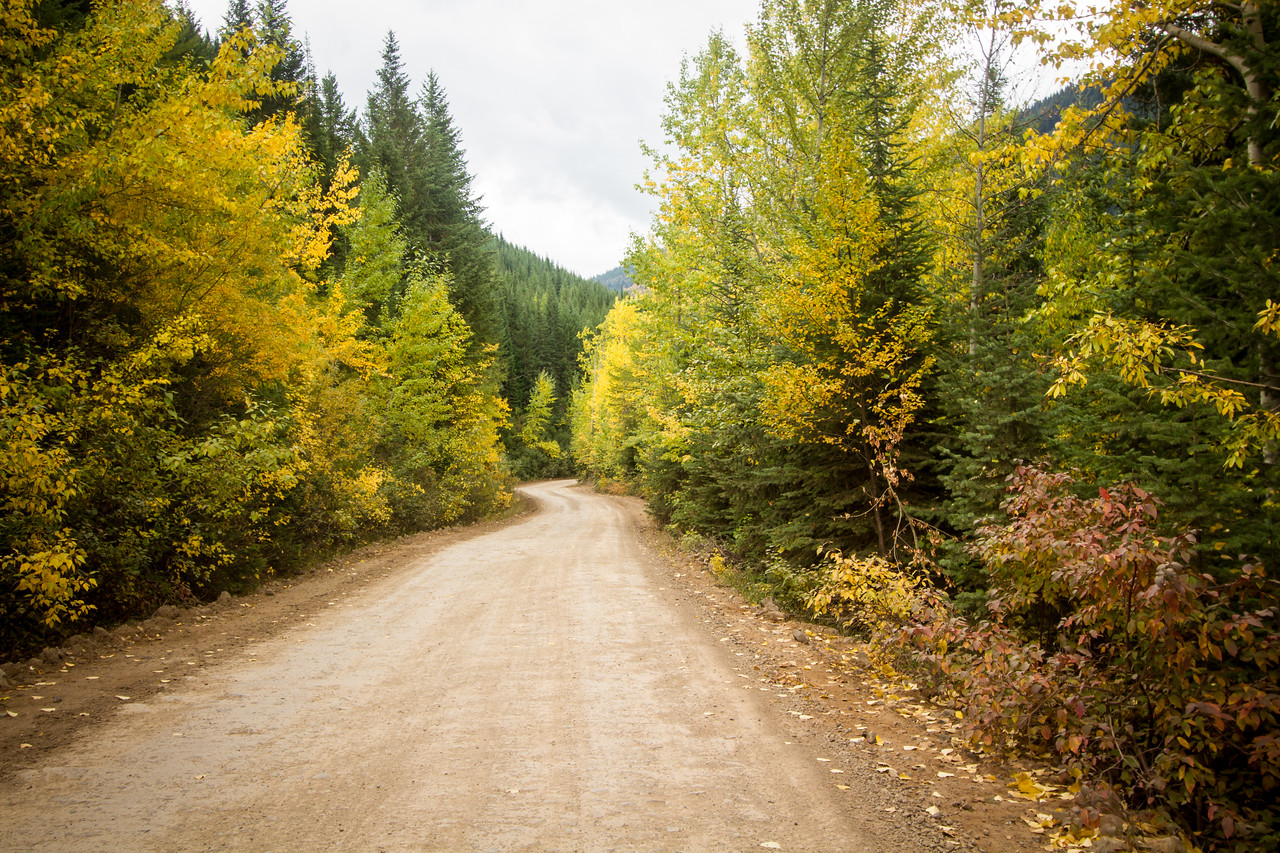 Then I found this enormous machine, which some people claim is carrying a spare tyre, I think it’s just in the process of eating another of it’s kind. 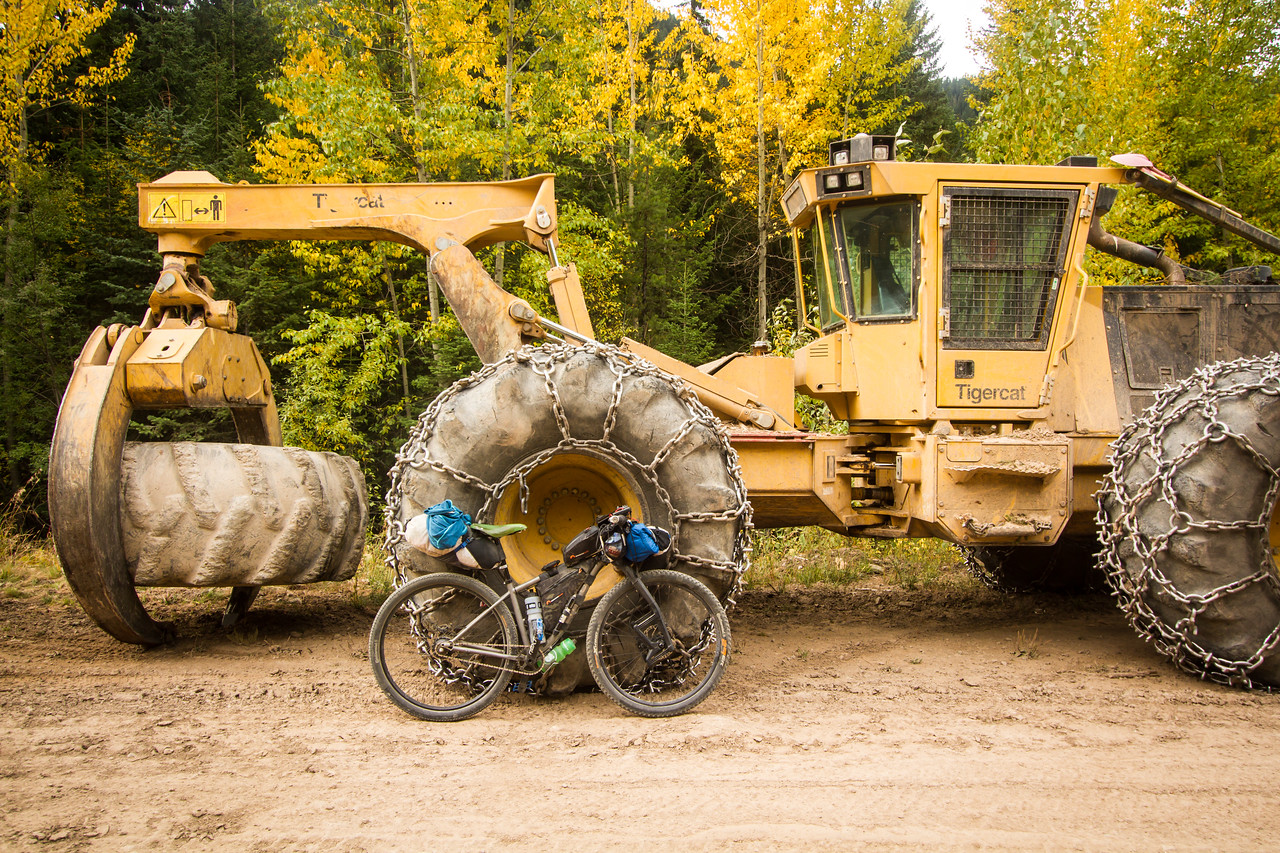 So the descent went really slowly, as I had to stop every few minutes to get another photo.

Thankfully the weather held though. As it was a lot of photos. And a great finish to the ride.

One thought on “Solo bikepacking the 40 (Corbin Mine Road – Fernie)”