These were all just a few phrases used to describe the 24 Hours of Adrenalin this year.

It started muddy, and got muddier. Trails that were just initially a little wet were gradually transformed into a saturated mess, and from there into a dirt soup or porridge that was several inches deep. The course was re-routed to avoid some of the single track sections, which was great for the singletrack but just led to even more mud as we struggled about on the double track.

The day was overcast and cool, but not actually raining when the Le Mans start kicked off. A more subdued start to the 24 Hours of Adrenalin than I’ve seen in recent years, the small group of riders huddled in their pen like sheep headed to the slaughterhouse. And then, they were off. 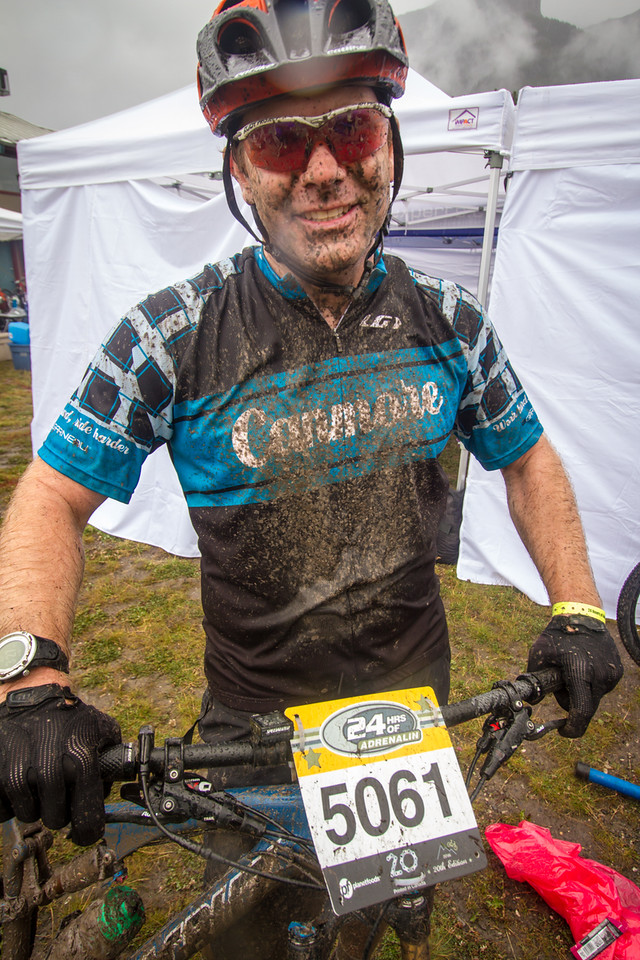 Things weren’t looking too muddy as we saw the early riders rounding through the half way mark. And indeed, the first lap was not too bad. But from there is just got worse. The rain picked up. It stopped occasionally, then started again. The mud got deeper. Gradually, the riders coming in were more and more thoroughly coated.

We had a team wax room to huddle in, and we watched the riders outside, queueing up at the bike wash to rinse off their bikes, and themselves. A stream of top soil was being washed away downhill of them.

It all started to go downhill when Alaric decided to do a double lap – so he could have a long break, and get properly warm and dry. He returned, deeply unhappy with the state of affairs. Between trail damage, and general lack of fun, he didn’t want to go on.

Felix had turned up late in the day, only just back from a week away. He went out for his lap, had a rest of one lap, then did his second, in order to catch up to us. By now it was late, and he too, was deeply unimpressed with the racing.

And so, slowly, seeds of dissent were spread, and our team stopped racing. I lamented the trail damage, and the chance of hurting my bike, but I wanted to continue. I was outnumbered, and succumbed. We sat around and had a beer in the quitter’s cabin, and then went to bed. The theory was we might start back up again in the morning if the trails had improved. I was dubious. 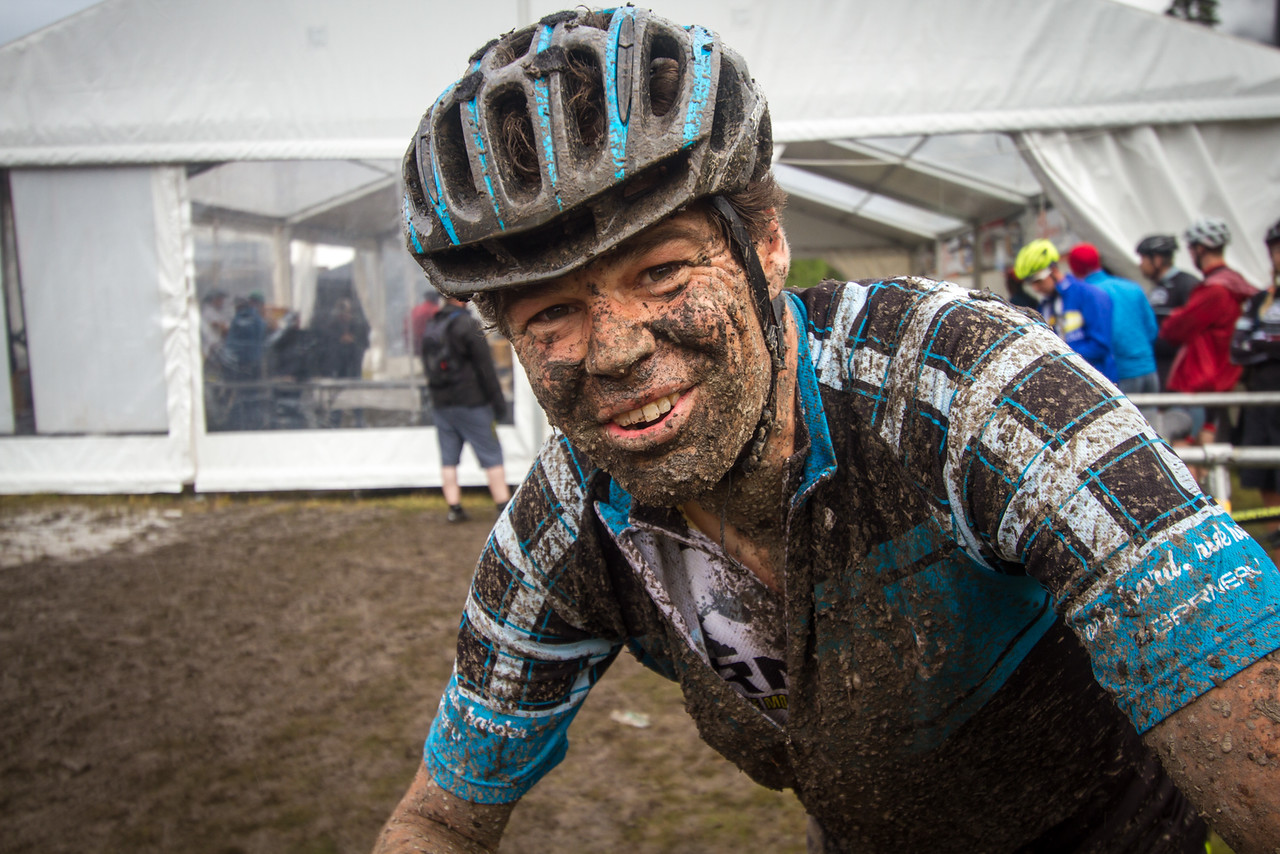 Meanwhile, the female team kept racing. All night long, through the dark and mud. Walking their bikes uphill when necessary, they battled on.

And come noon, they’d earned themselves a spot on the podium – second place!