After saying goodbye to the others, we set off towards North Buller Pass.

First, back over the bridge and up along that strip of snow that angles into the creek – none of us fell in. 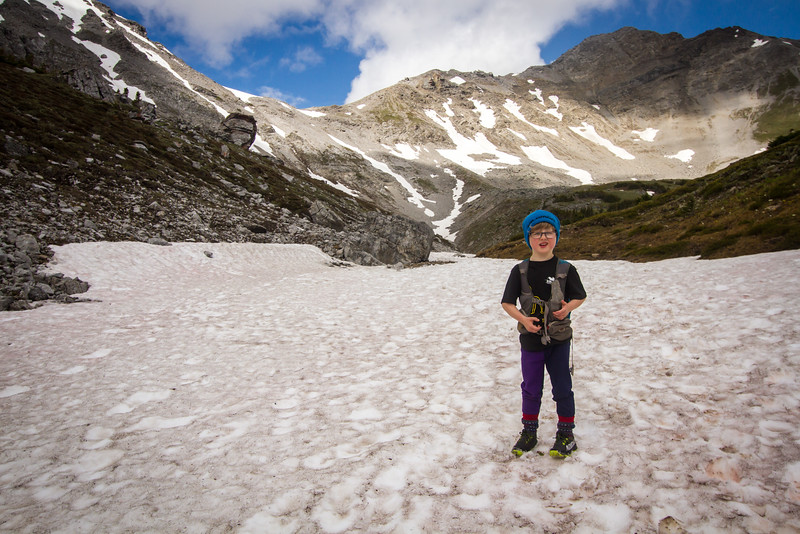 I even let the boy have the camera to get a photo of us.

Wandering across to North Buller pass is a route rather than a path. We spread out and picked our way across the tussocky grass, before reaching… what’s this? Yet more snow!

Thankfully it was fairly easy to cross, although slower than we were expecting. We picked our line carefully, and then made the final steep pitch up to the pass proper.

From there we were slightly relieved to confirm that from here down it was going to be mostly just dirt and scree.

We started singing as we picked our way down, and re-entered the trees. Moving faster now, and it was starting to get warmer, and with clearer skies than there had been all weekend.

And below is where I finally confirm that the boy has inherited my weird hyper-flexing joints. Sorry Finn. He really enjoyed being the source of the waterfall though, so there’s that.

And then out out out through the wildflowers again, joining back onto the main trail that connects to South Buller Pass.