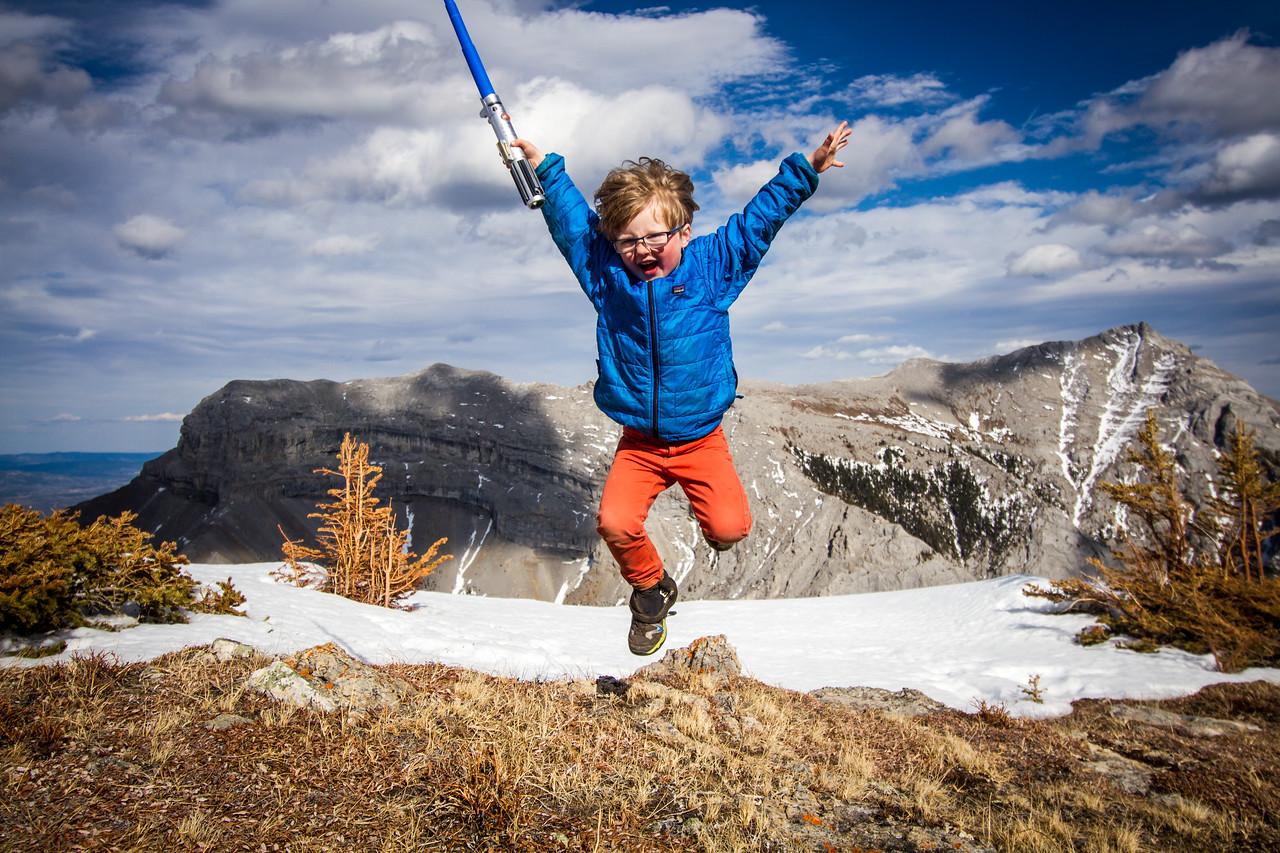 When we weren’t sitting around eyeing weather forecasts suspiciously (“Surely it’s going to get cold again some time soon?!”), much of February was spent riding bikes from the left of frame towards the right: The Prospector trail in Exshaw was alarmingly dry… and we spent more time trying to get the boy to pedal his trail-a-bike. And going on random explorations (in-between working on renovations… which are, by the way, a fantastic way to eat up every moment of your spare time).

There was some more skiing, as we gradually came to terms with the fact that there might not be a long nordic ski season this year. At least Moraine Lake Road still had snow! And the Nordic Centre is always fun, slush and warmth are preferable to -25oC and windy as far as I’m concerned.

Winter Carnival in Canmore came and went with a whimper – the pile of snow on the street kept trying to melt, even with extra snow being brought in to shore it up. The toboggan slope was great fun though.

And then the boy’s run bike was passed on to the next generation of biking toddler.

All of which serves to remind me that I really need to remember to take my proper camera a little more often, instead of relying on my phone camera. As the boy gets better and better on his skis, we’ve been luring him out to cover longer distances.

He doesn’t always want to go skiing though (as evidenced here, as he hangs onto the Chariot for dear life, preventing it from escaping without him.

And I did some ski orienteering, with 3 days in a row of events. And then got a little sad when it was all over. Because there’s just something about looking for orange and white markers that seems to make every activity more fun.

I also managed to ski 1000km this season, a largely pointless goal with no photographic evidence. But on the plus side I may be a slightly better skier now.