Bound to leave for a visit to Australia, I wanted to get in one last good ride before we left. Was it Felix who came up with the plan to ride this route? I can’t remember now. But we set off around 8.30 on Sunday morning, up the pass, and towards the High Rockies trail.

I’d been dreaming of trying to ride the further south section, beyond Buller. Sadly the recent snowfall gazumped that plan. But we still thought we may as well see how far we could get.

Seeing how far we could get seemed to involve quite a lot of snow, from quite early on in the day. Turning off Goat Creek, we found the High Rockies trail through the dog sled area was already snowy enough to be pretty hard work. But we’re nothing if not stubborn, and so pushed on.

Soon enough we were through to Driftwood, and onto the fun part! South of Driftwood the single track was mainly bare dirt. But as we rode further and further south, the patches of snow started to take over. By the time we hit the open scree slopes just north of Buller there was a solid base of snow on the trail.

But no! We’re more stubborn than a couple of fat bikers. We kept going. 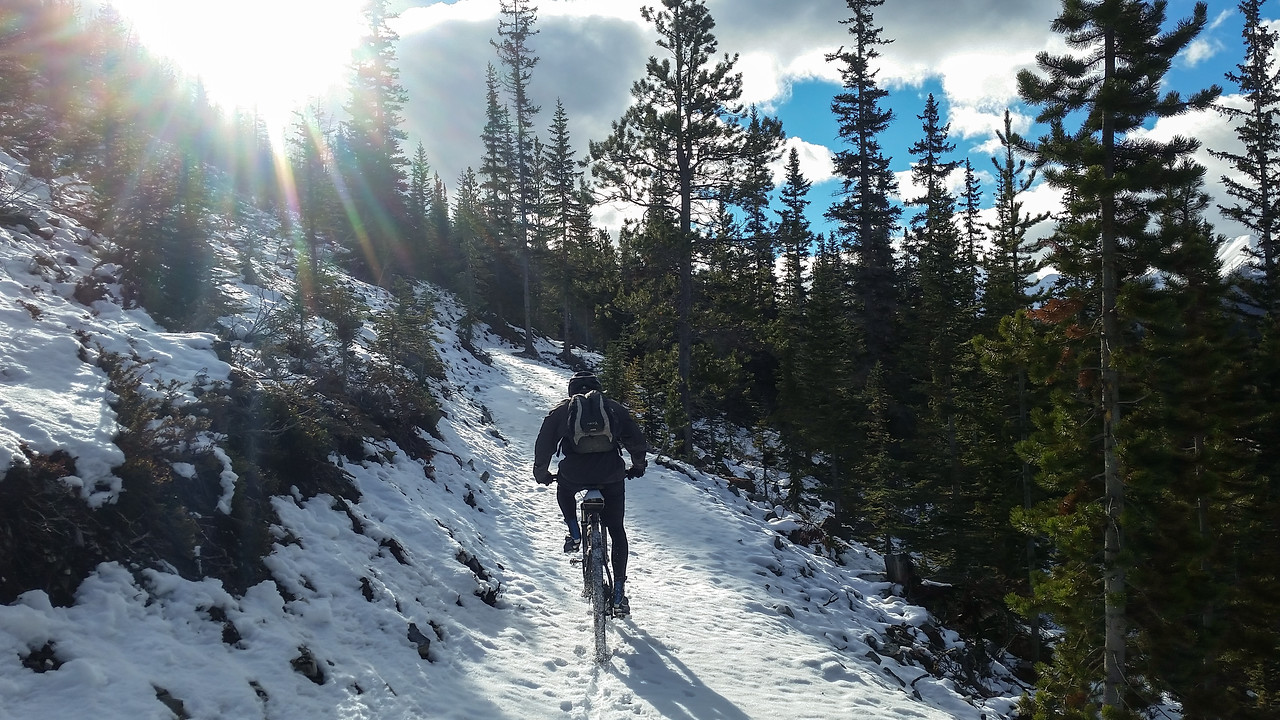 Then we hit the Buller trail – it was well packed, so we may as well keep going right? Ah, but then where was the turn off to the new trail? Just through the trees there, that must be it. Ohh, let’s just ride a little way… and so we rode uphill in deeper and deeper snow, until finally common sense took over, and we decided to turn back.

We’d assumed it was just hard work because of the snow, but it turns out we were climbing too. As a result, weeeeh, fun descent back to Buller Creek, snow surfing our bikes around corners, flying along! Rather fun. No photos, because we were too busy riding :)

We decided to skip the snowiest sections on the way back though, and instead jumpedÂ back on the trail at Sparrowhawk, toÂ enjoy some sweet dry singletrack on our return towards Canmore. 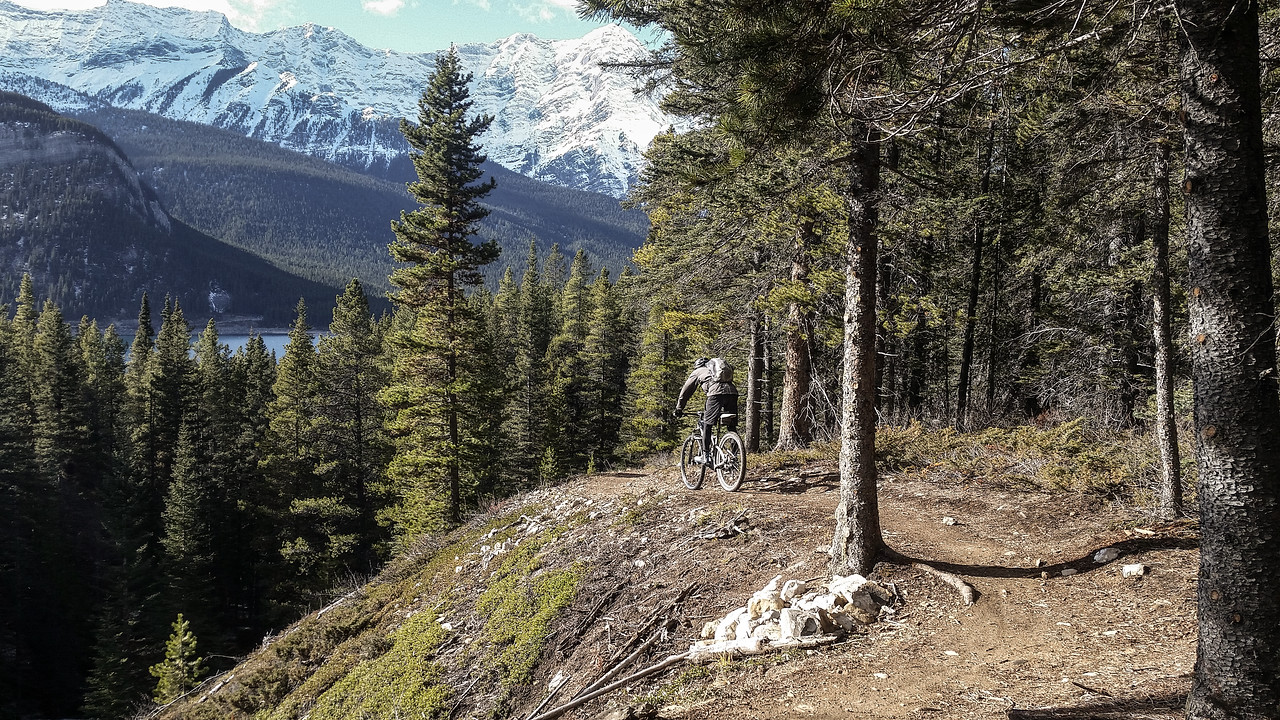 The aqueduct variant is really a nice option, and much more scenic and sunny than the actual High Rockies trail through this section. Recommended.

But then, we hit the pass. We could ride straight back down and go home, but there was still daylight left! And so somehow, feeling already fairly shattered from a long hard day of riding, Felix talked me into doing Riders of Rohan and the Highline as well, just to extend the ride a little more.

Thankfully he got a puncture out near Three Sisters, and so I had a valid excuse for suggesting the river trail back instead of riding Loki’s. Yes, I was that tired. Definitely a worthy final ride before the Australia trip!