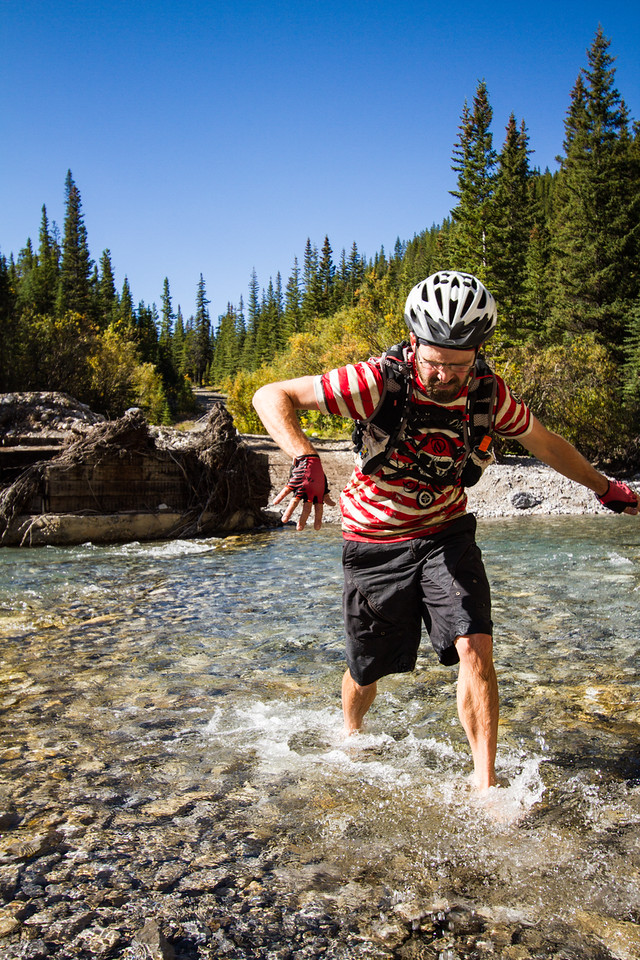 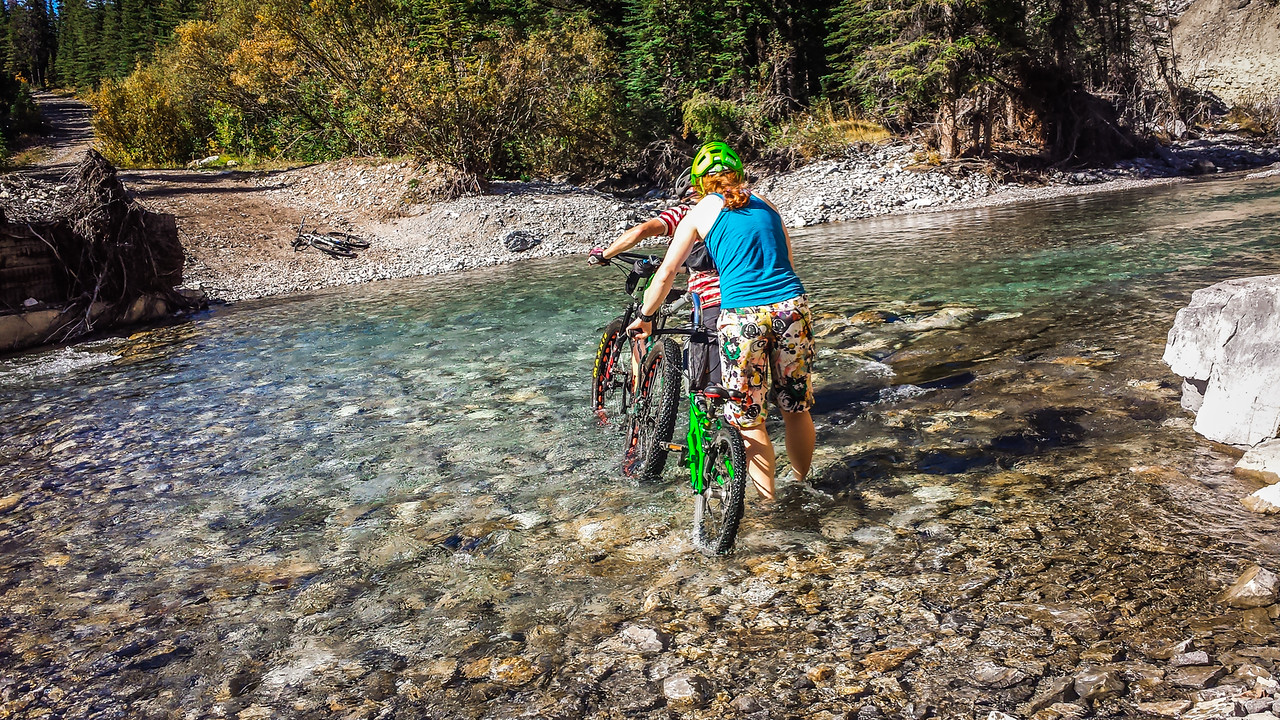 The Elbow Loop is one of those rides I kept coming across in lists with descriptions like: “Classic K-Country Rides”. And in fact it is a classic – in the sense it comes from the days when mountain-biking was all about riding on rough dirt roads, back before the day when someone realised they could ride single-track, and that was actually a lot more fun.

With all that double track, we figured we may as well take the Chariot along. I’d never ridden the loop before. Alex had, but seemed to think it was worth doing again – and it was, in that it was one of the double-track rides around that’s possible to do with a Chariot. Otherwise, there are a lot of much more interesting rides in K-Country (although the scenery is quite nice, and maybe I’m just a little spoilt from living in the mountains now).

We headed out along the Little Elbow trail first, riding the loop anti-clockwise. After passing a few hikers we had the trail to ourselves for most of the climb up to Tombstone Pass. The climbing was pretty relentless, but we risked the perils of inertia and made one stop along the way so the Moosling could get out and throw rocks around (mostly at Mama).

We didn’t spend much time at Tombstone Pass, but dropped down into the Big Elbow Valley, where the trail narrowed, and became a lot more like single trail (although still passable on the Chariot). At the same time, the scenery got a little more spectacular, and I could see why people would rave about the ride.

Some of the more interesting sections were found on this side of the circuit, and I was glad I wasn’t towing the Chariot – so I could zoom on the single track, and so I didn’t have to haul it uphill after the stream crossings. A couple of sections here the Chariot was walked, both uphill and downhill, but never for long.

Distance: From the campground carpark, the whole loop worked out to be a little over 42km
Elevation gain: About 850m of climbing. Basically it’s uphill for nearly 20km, to an elevation of about 2,230m, then mostly downhill for the 20km back home.
Chariot-ability: Mostly double track. A few sections narrowed to single trail, but it was always forgiving wide single trail that was easy to get the Chariot along. The creek crossings were numerous and interesting though, especially the rocky ones. And a couple of rocky downhill sections we opted to walk.
Rating: Nice views, fun if you’re bike packing through the area, feel the need to explore somewhere new, or have to pick an adventure that is Chariot/trailer friendly.