Last minute trips are the best trips! We got an invite to bikepack out to Elk Lakes, and who could say no to that?

We’d been kind of planning to hike Arethusa Cirque with Tanya onÂ  the Saturday morning. But it had snowed a lot, and hiking motivation wasn’t high. I struggle more with hiking than biking, and the boy wasn’t in a hiking mood. So rather than fight that, we decided to keep it short, and get to the trailhead for the bike trip. 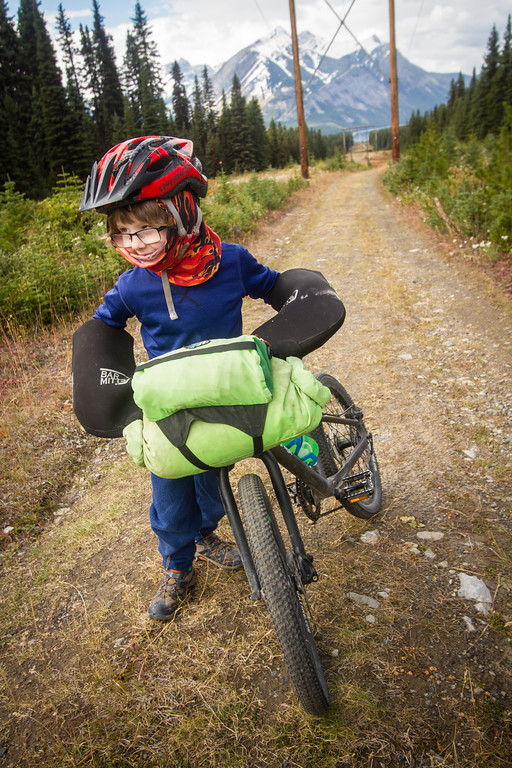 It was a bit chilly – the forecast had been threatening snow, or maybe freezing rain, or maybe just to be generally unpleasant. We gambled and won. Except for having to carry all those pesky waterproof layers. Thankfully the boy is carrying a bigger load on his bike these days, which helps matters. 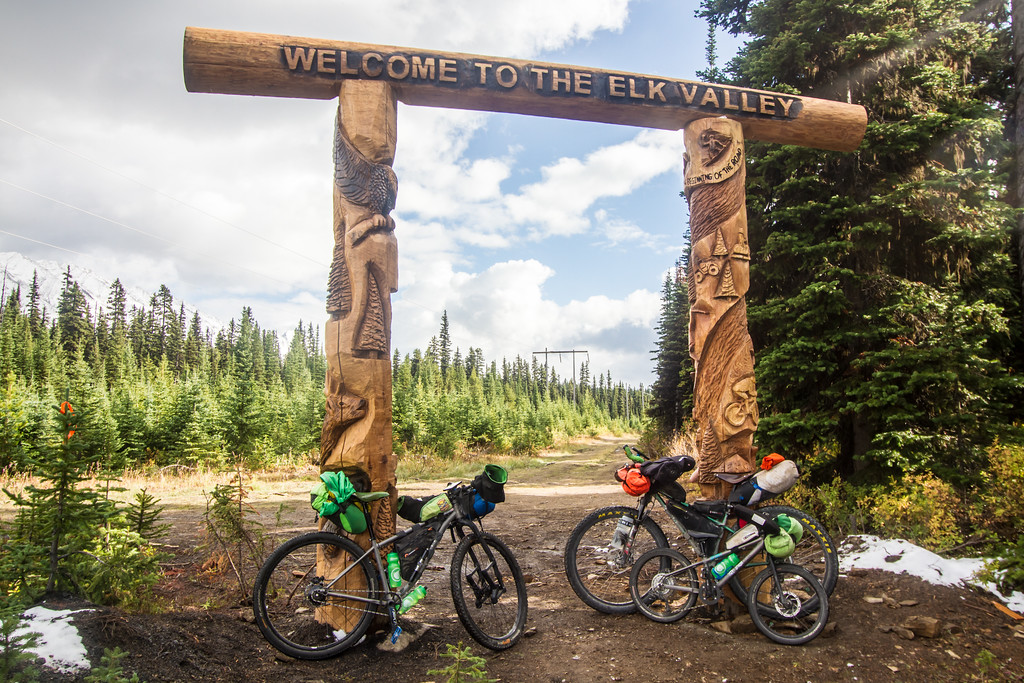 We were taking it slow – our friends were already in at Elk Lake, and we’d ended up leaving the trailhead with plenty of daylight up our sleeves (or in the sky, which is where you’d usually keep it).

Anyway, we were pleasantly surprised when we got to Elk Pass to discover this rather awesome gateway feature had been installed. 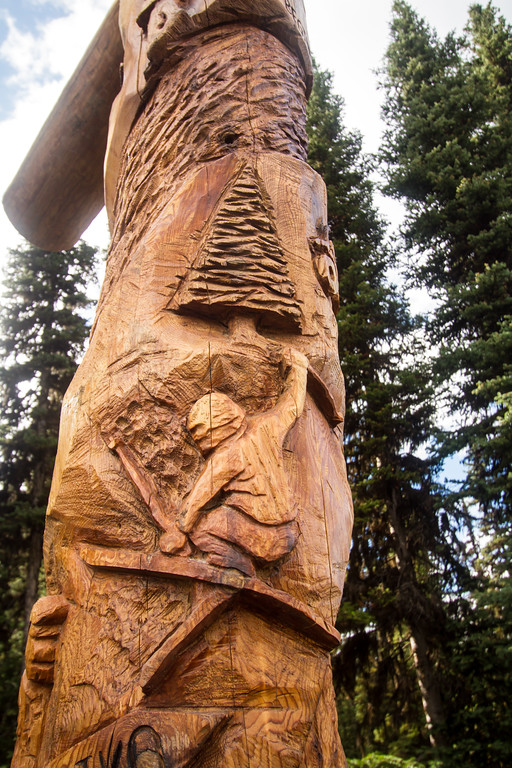 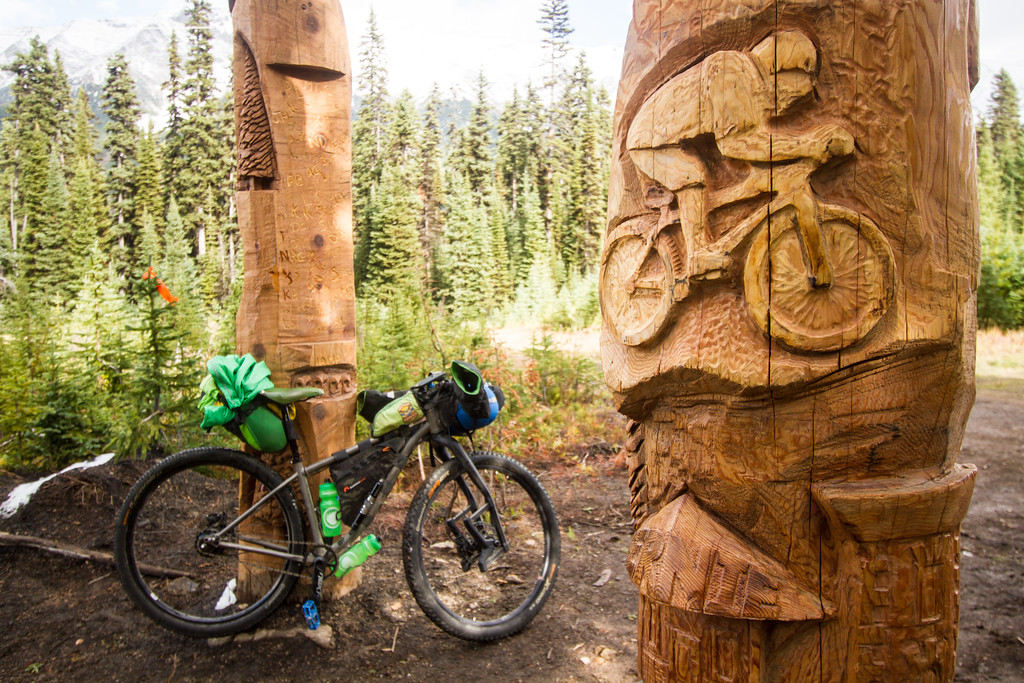 Anyway, it was all downhill from here! Thankfully only literally and not figuratively. 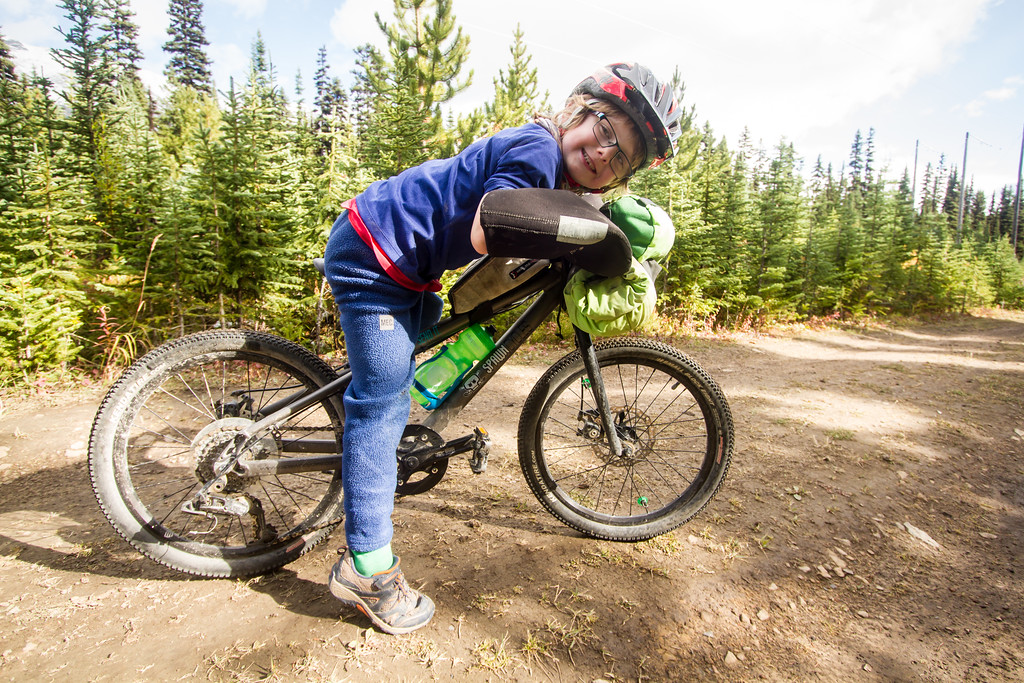 Down into British Columbia we went, with the day actually warming up and turning out pretty pleasant.

On arrival, we walked into Elk Lakes to lie in the sun and throw rocks, and not fall in the lake (much). 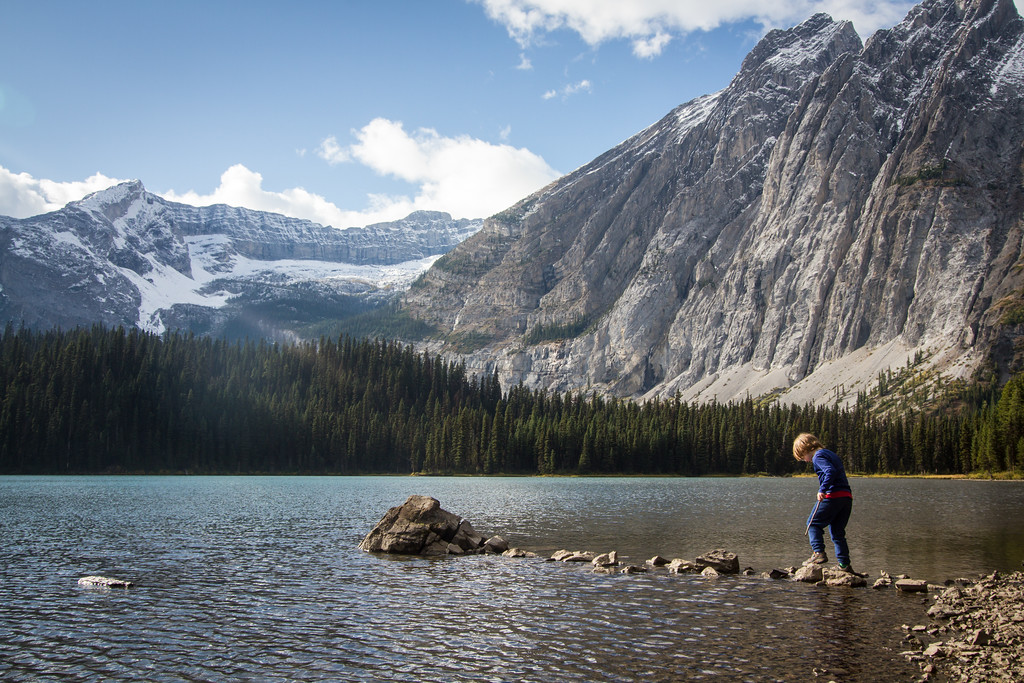 After some wood chopping, fire feeding and rabbit chasing outside, it was time for dinner and lego and other important cabin-based fun. 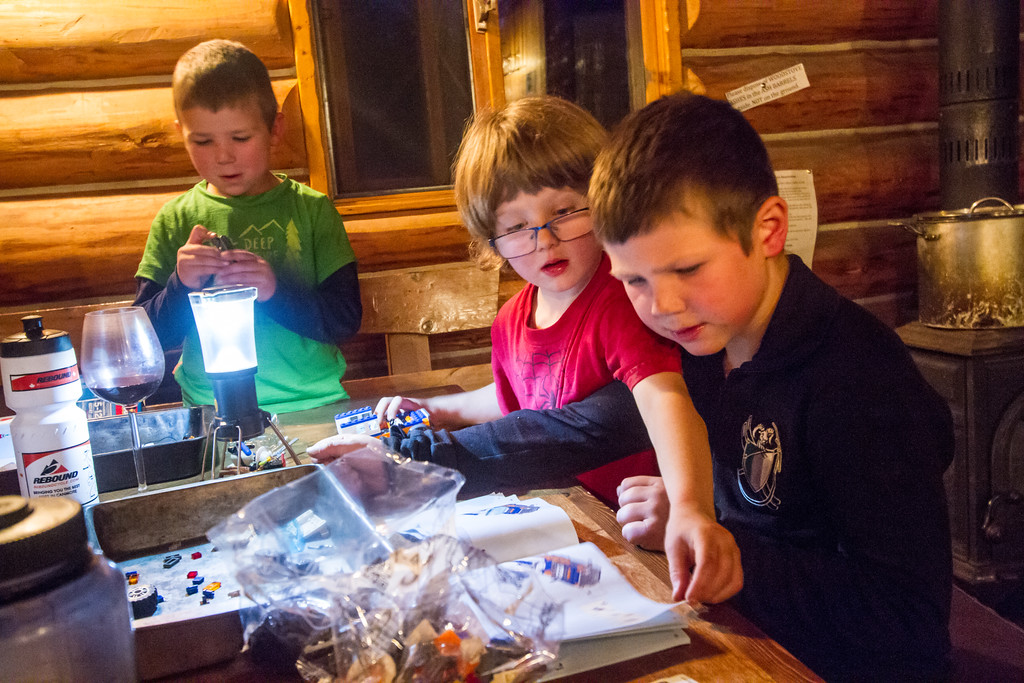 Bikepackers assemble! Elk Lakes Cabin is one of the few bike accessible Alpine Club huts, and definitely a fun destination. It’s not the best beginner/kids bikepack destination though, just because of the number of hills that are a bit demoralising on the way in and out. But if you’re ok with pushing your bike up a hill occasionally – then have at it! It is only 10.5km after all. 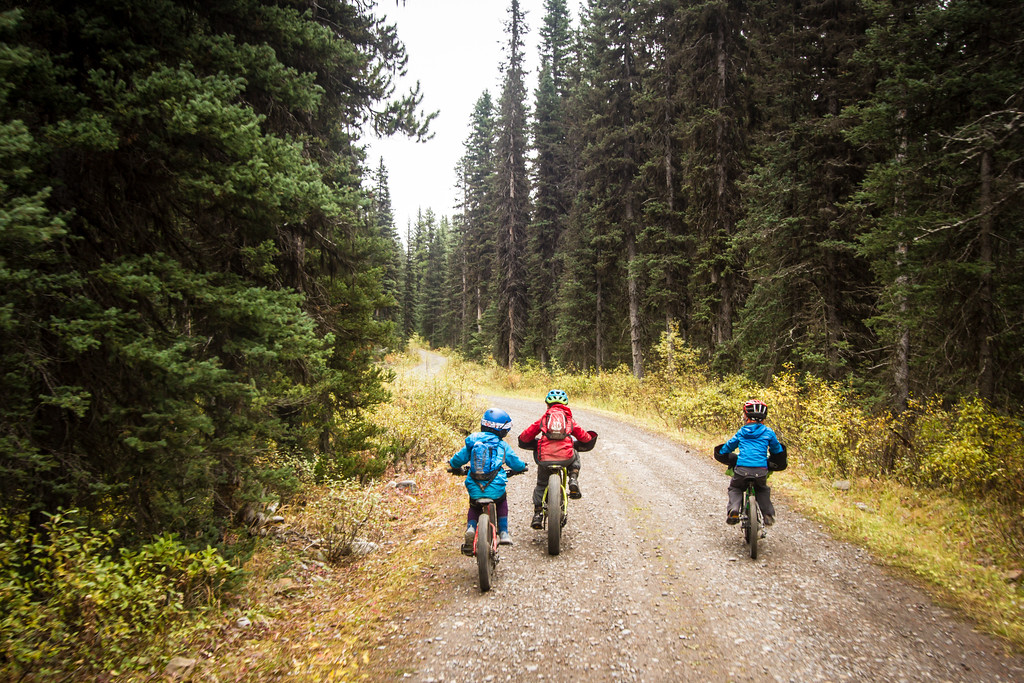 The best bit about joining other families on trips like this is seeing the kids biking together, hanging out and chatting (andÂ  assuming as a result that this is a totally normal thing that all kids do MUAH HA HA HAH!). 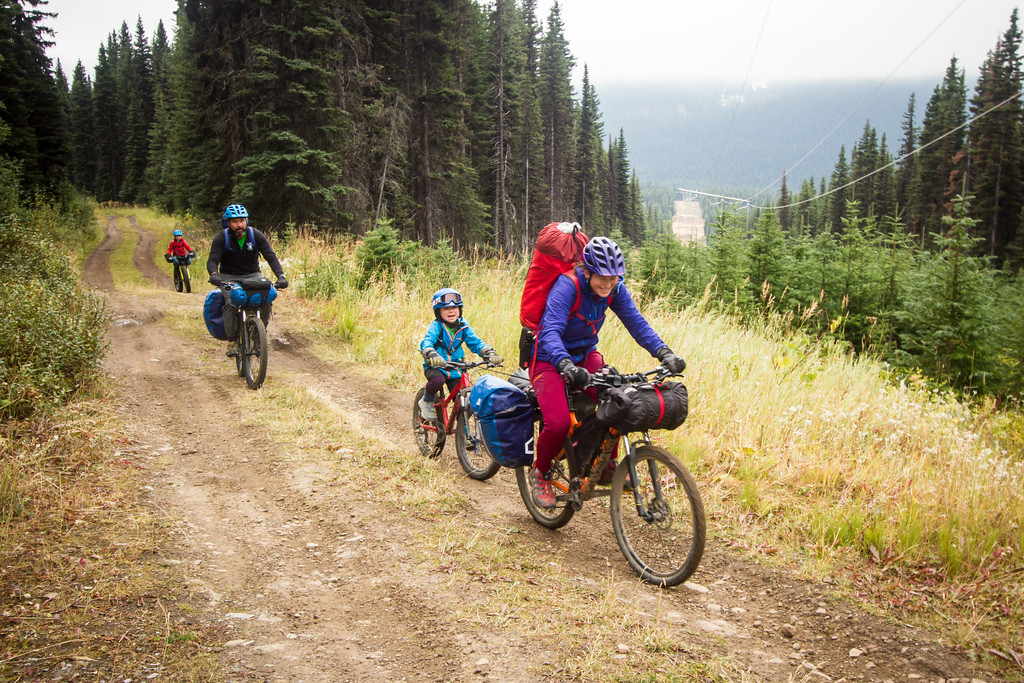 All outdoor clothes and gear should only be sold in bright colours. I love the current colour trends! 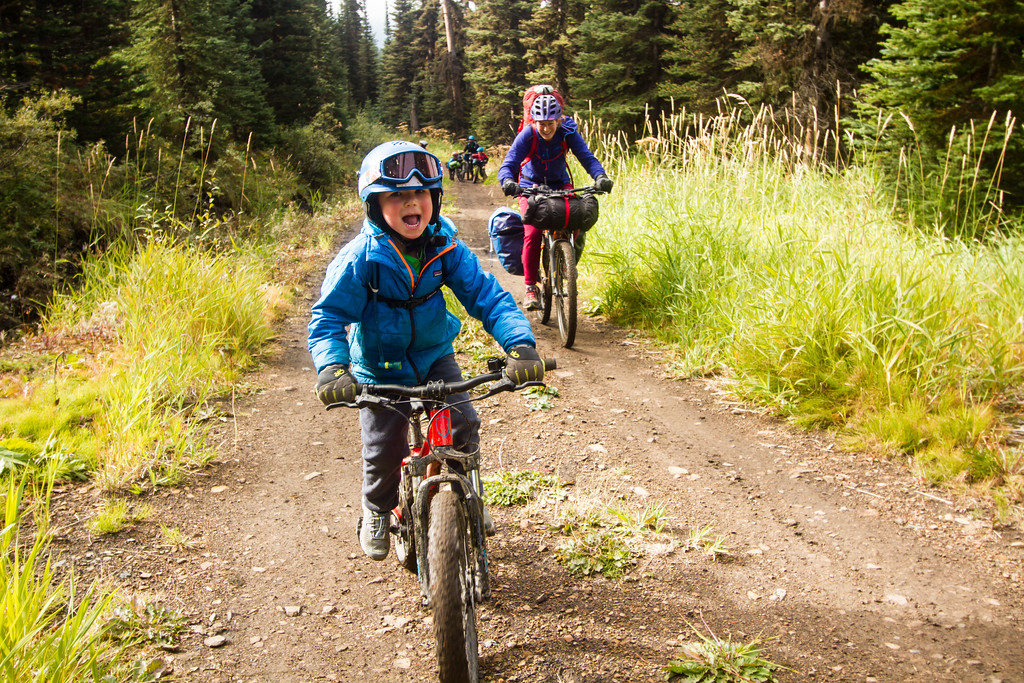 There’s nothing like seeing kids having a blast battling up enormous hills on their tiny heavy bikes to inspire you to be as awesome as them. 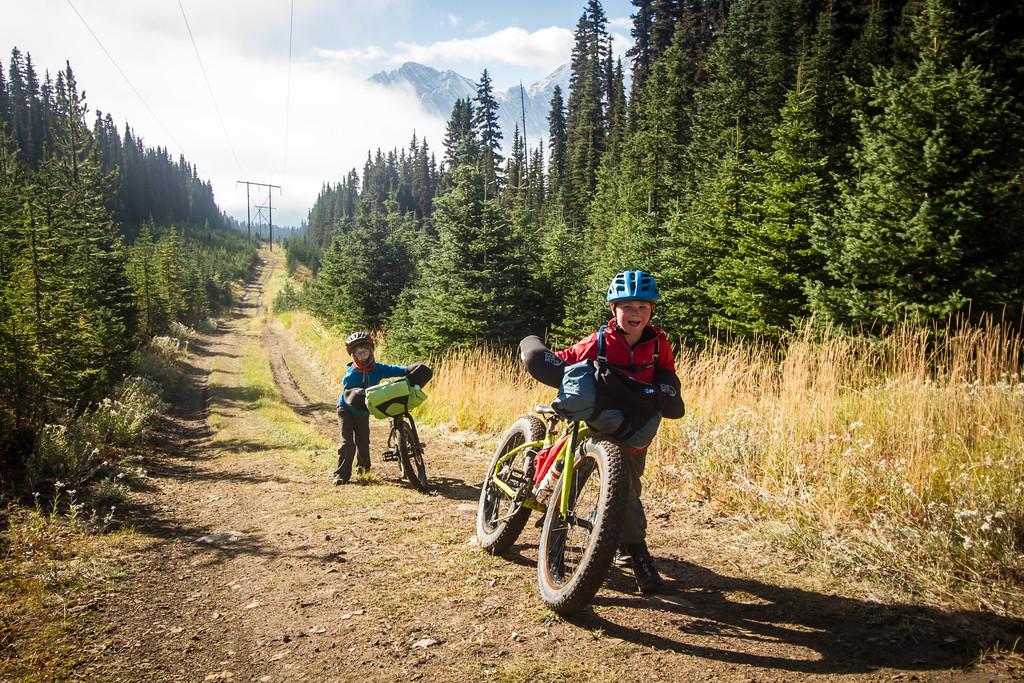 And there’s nothing like convincing a tired kid to keep pushing a bike up a hill to make you really appreciate the times when you’re out on the trail alone and it’s just your own cranky hungry tired meltdownsÂ  you have to deal with.

(He didn’t actually have a meltdown, but it did need some entertainment and bribery to keep him going for a while there) 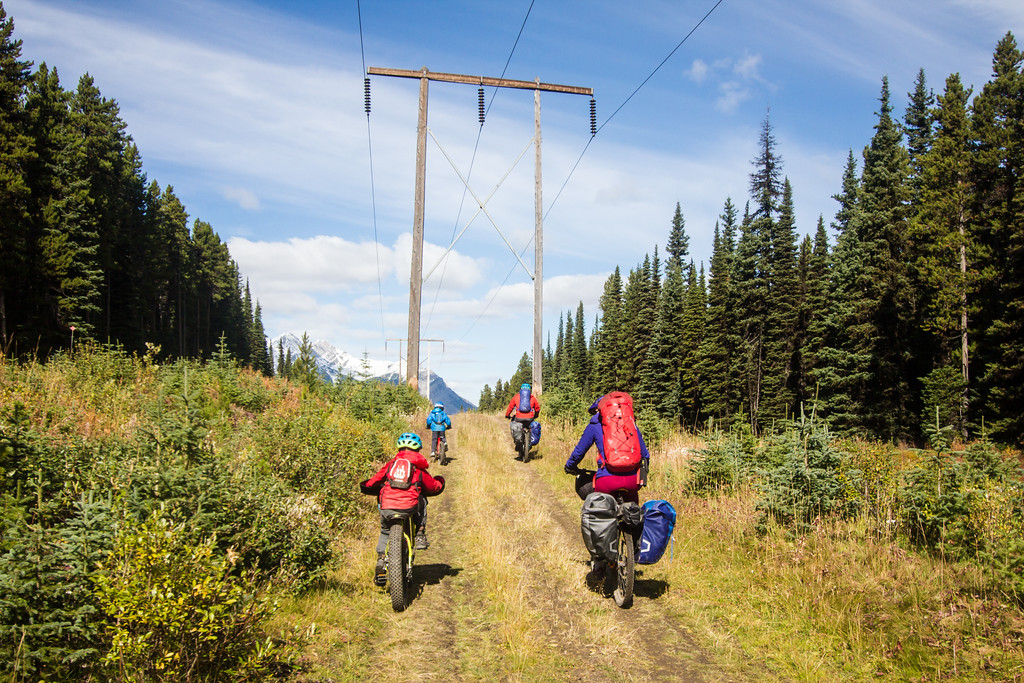 Once we were over the pass (where we stopped for a nice long lunch in the sun), it was pretty fast going. The other two boys had fatter tyres than Finn, at 2.8″ and 4″ and they really handled the rough track well compared to his tiny 2.1″ tyres – he might have some fatter tyres in his future. 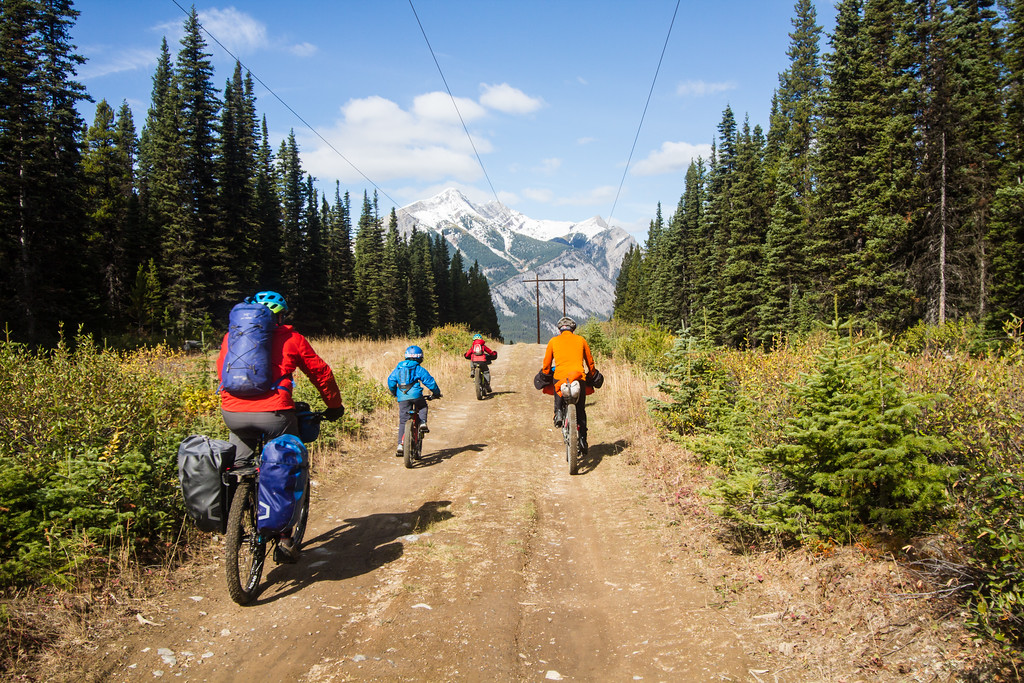 Beautiful day to ride out, and a great trip. Let there be more bikepacking trips with kids!