Summer brought a few car camping adventures, in Redstreak Campground at Radium, at West Spray Campground in Kananaskis, and at Lakeshore Resort on Windermere Lake by Invermere. As well as just adventures around Canmore. Here’s the photo round-up.

The playground in Radium is pretty great

Also great? Hammocks. My old hammock, originally purchased circa 2001 for La Trobe Uni Mountaineering Club trips, is still going strong and has gotten more use than ever this summer.

A handy feature of the Radium playground is that it’s only a couple ofÂ  hundred metres away from an icecream shop.

Sleepovers with BFFs and visits to the Canmore Icecream Bus 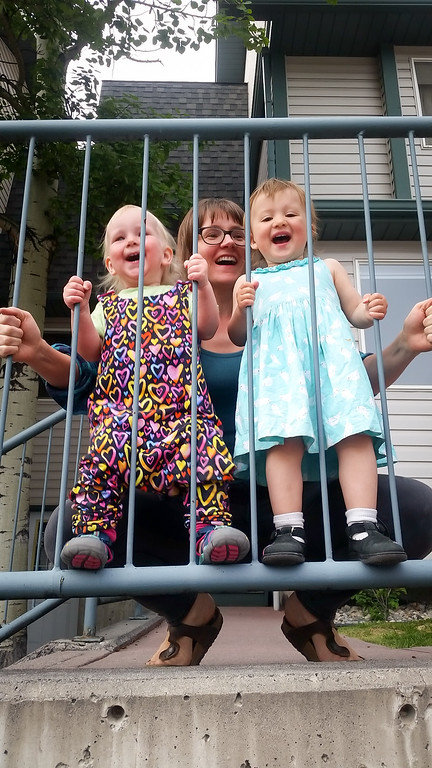 Visits with Zara and Odessa, in Canmore and in Invermere

At one point in summer, some land art popped up in one of the local parks. Eventually some signage popped up explaining everything, but it was equally lovely when there was just art for no reason.

The rutting elks had a go at these woven balls though, and damaged them quite badly – someone captured video footage of it happening. 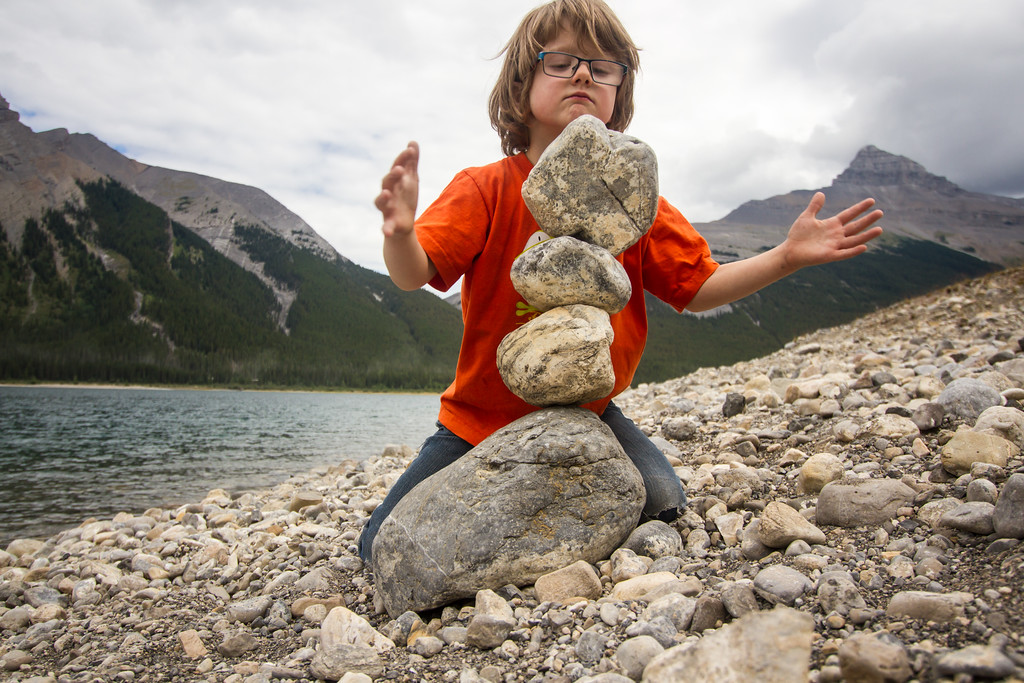 West Spray Lakes campground – I’ve ridden by before, but never camped. It’s often full, and seems a lot of work to go camping so close to home (which doesn’t really make sense).

It’s a beautiful spot though, I’d like to camp here again.

And of course, there was more hammock time.

The beach is covered with handy rocks and sticks 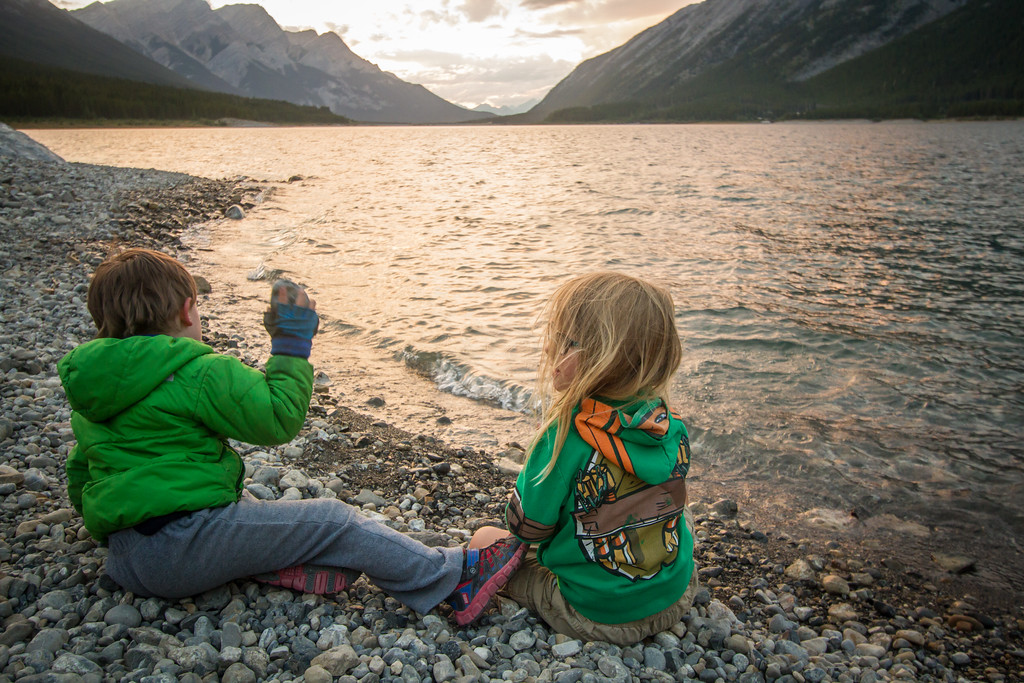 And it’s not a bad place to watch the sunset from. 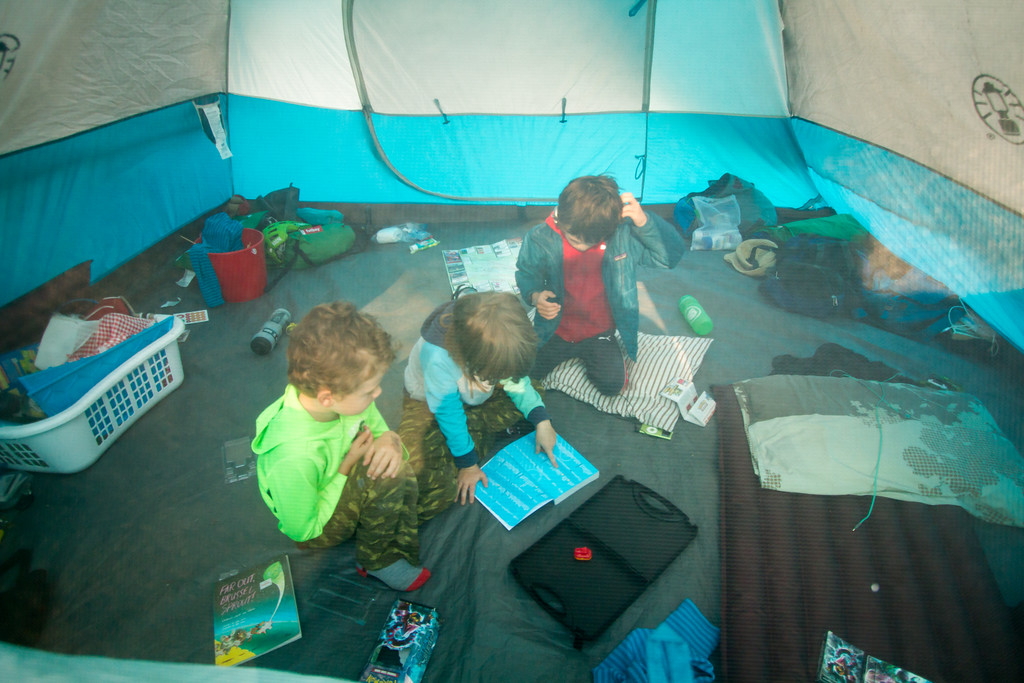 One of the benefits of car camping is enormous tents that handily contain a plenitude of gear and children.

When I realised we’d be going car camping with a bunch of friends the weekend before his actual birthday, I quickly organised a cake so that the camping weekend could also count as a birthday celebration. Inside, the cake was actually half red and half white, but I completely failed to get a photo of that. I’ll consider it a success that I got the cake to Invermere and down to the lake after a night of camping, and it neither suffered too much damage or got too warm.

Lake Windermere in Invermere has a splash park 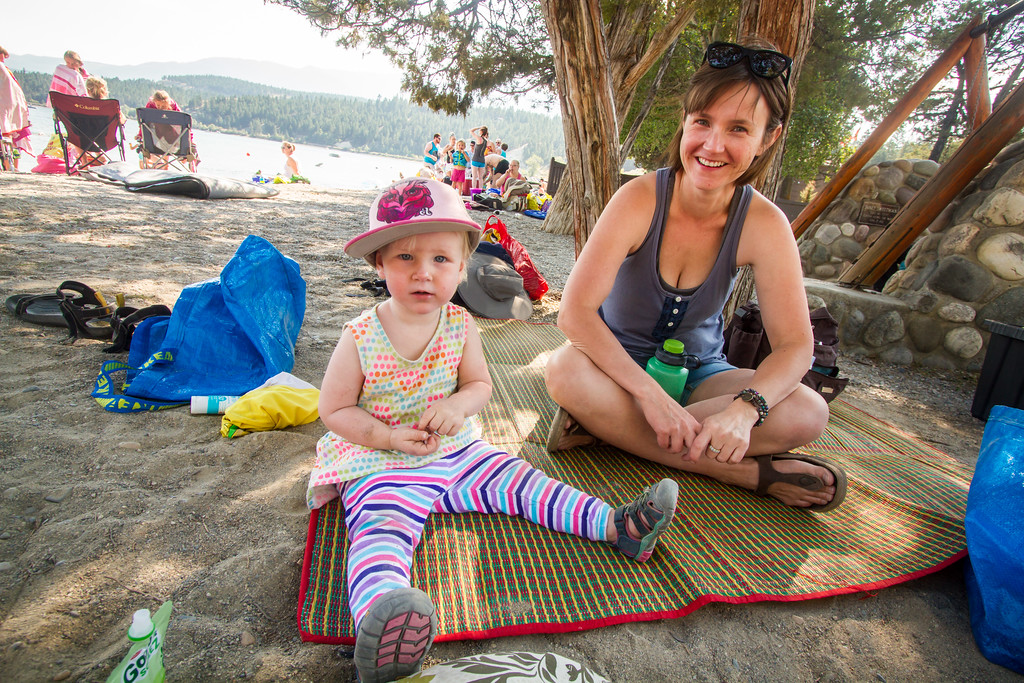 But then, summer was nearly over (and in this photo, Finn’s friend had gone off in an inflatable kayak to go and play on the slide – he was invited, but isn’t a big fan of boats or water) (no idea where he got that from)