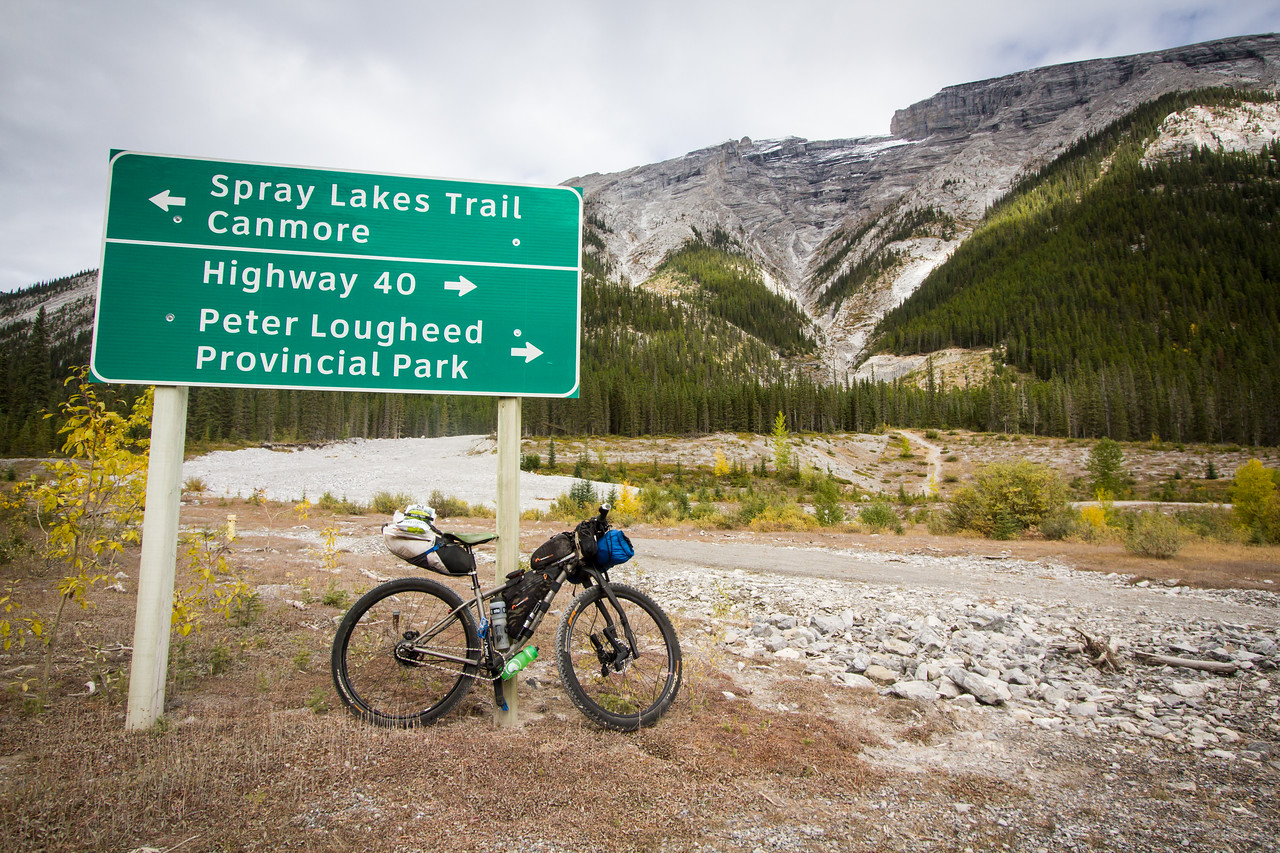 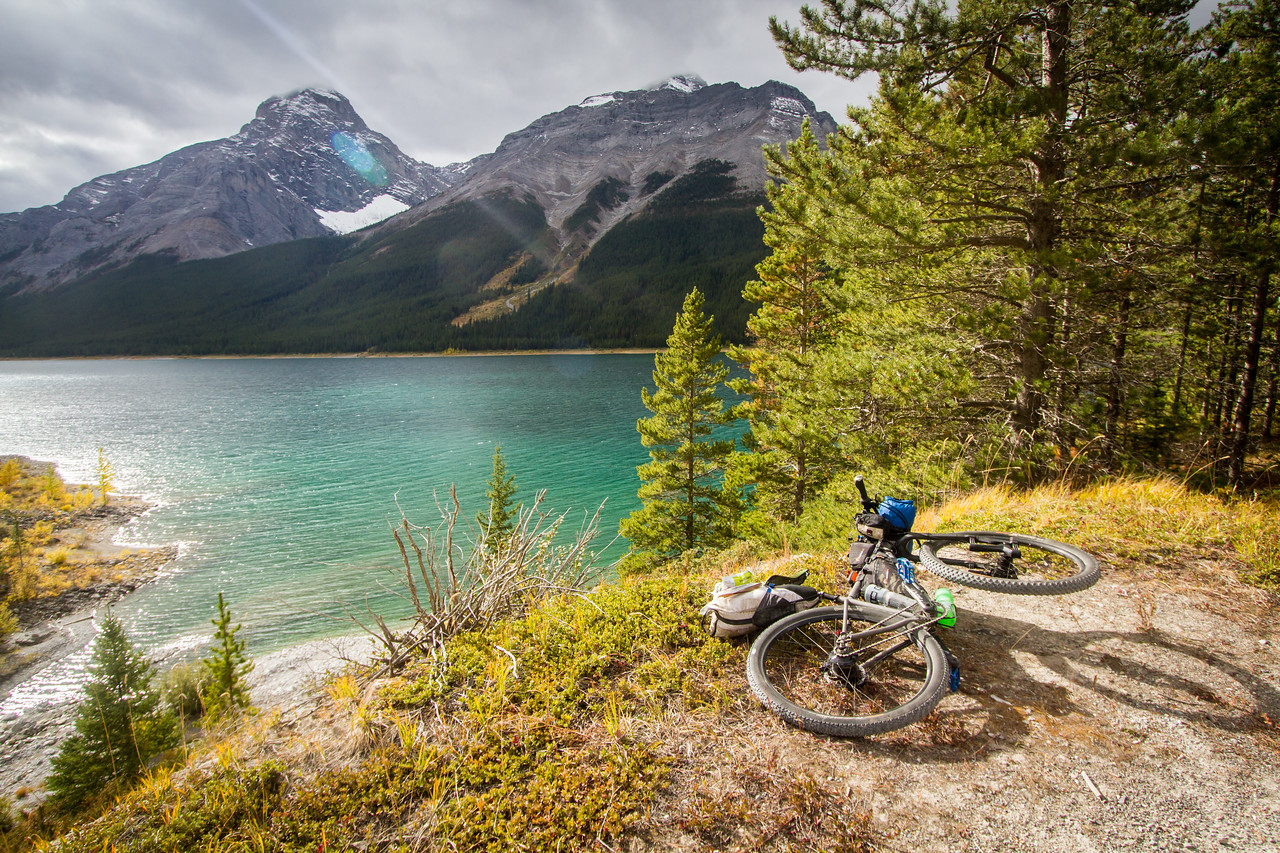 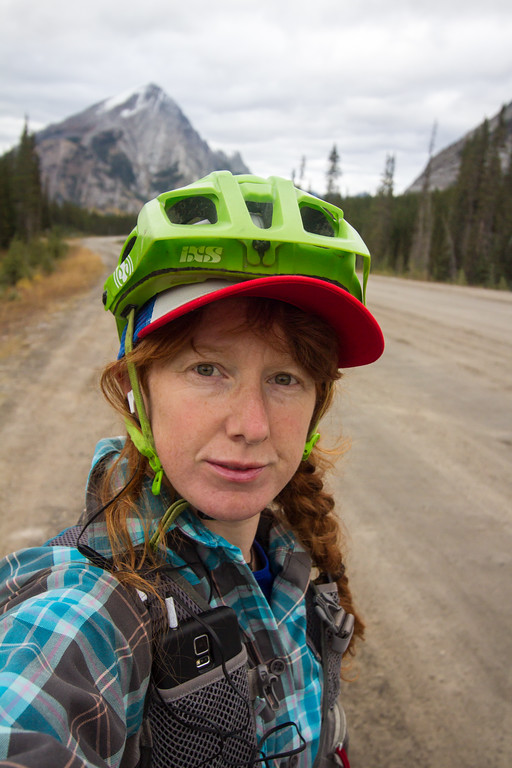 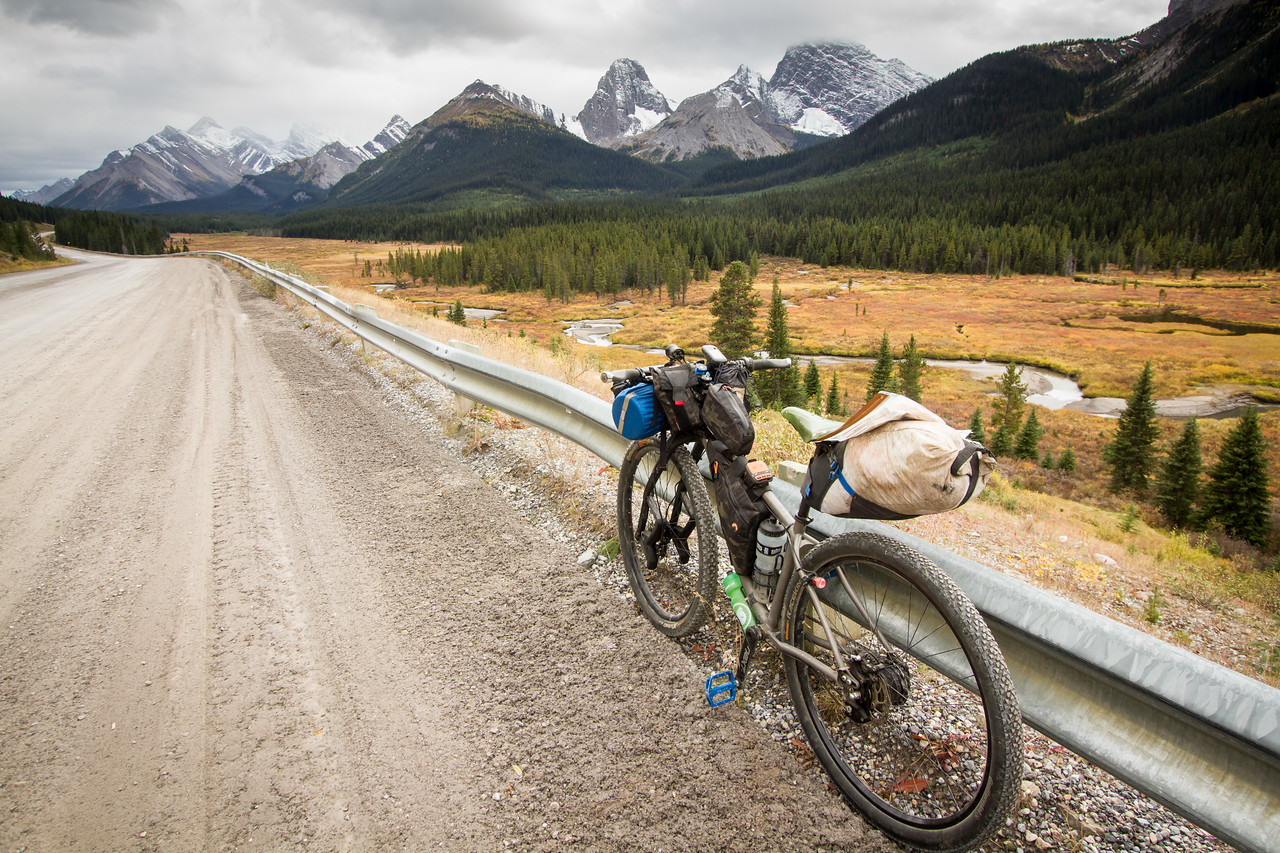 Another in the ‘race report from the sidelines’ category, as the Alberta Rockies 700 rolled around, and the two Ryans came up with the plan to set up a neutral support station outside Rebound Cycle for all the AR700 riders Â who would be rolling through Canmore.

It’s possible that some of the supporters were a little more biased than others though! 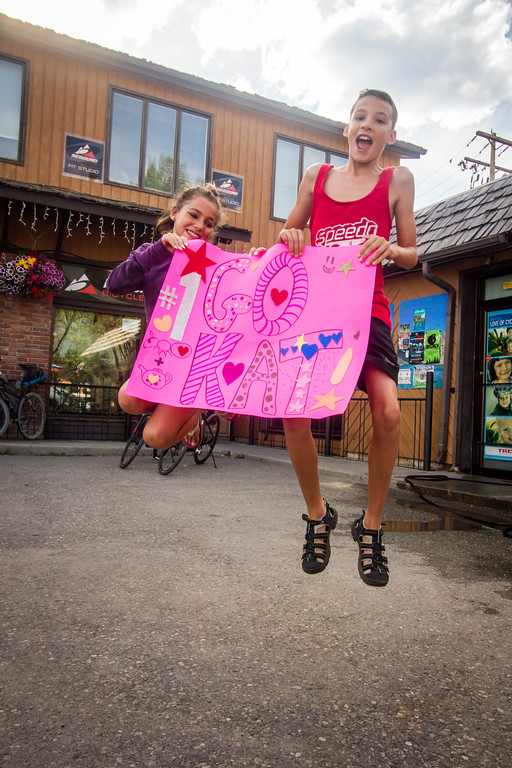 A good crew had assembled and the BBQ had been fired up with Adam and Kyle rolled in, covered in dust and looking hot and hungry. See the death stare that burger is getting?

While we waited for riders to turn up, the kids entertained themselves. Puddles can keep you happy for hours. 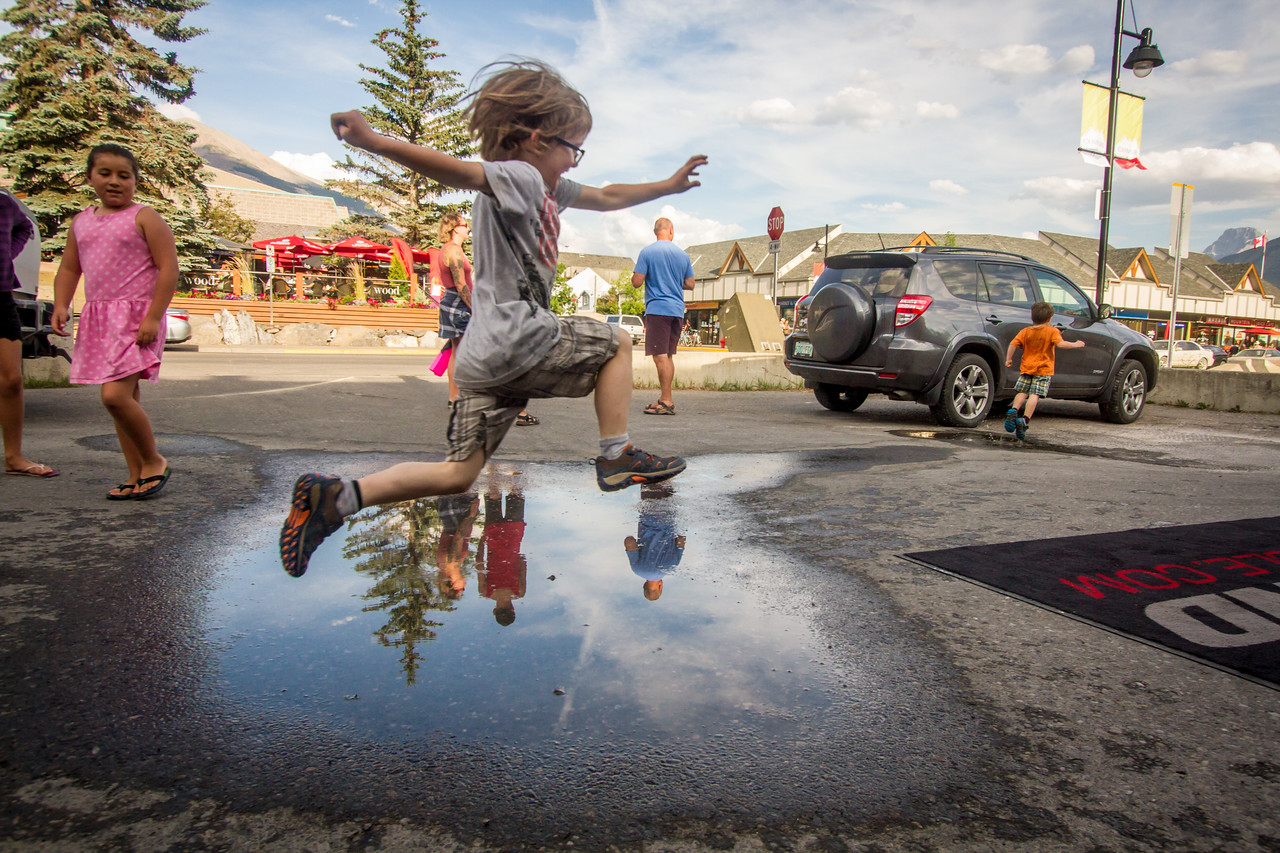 Then Kyle and Adam rolled out… 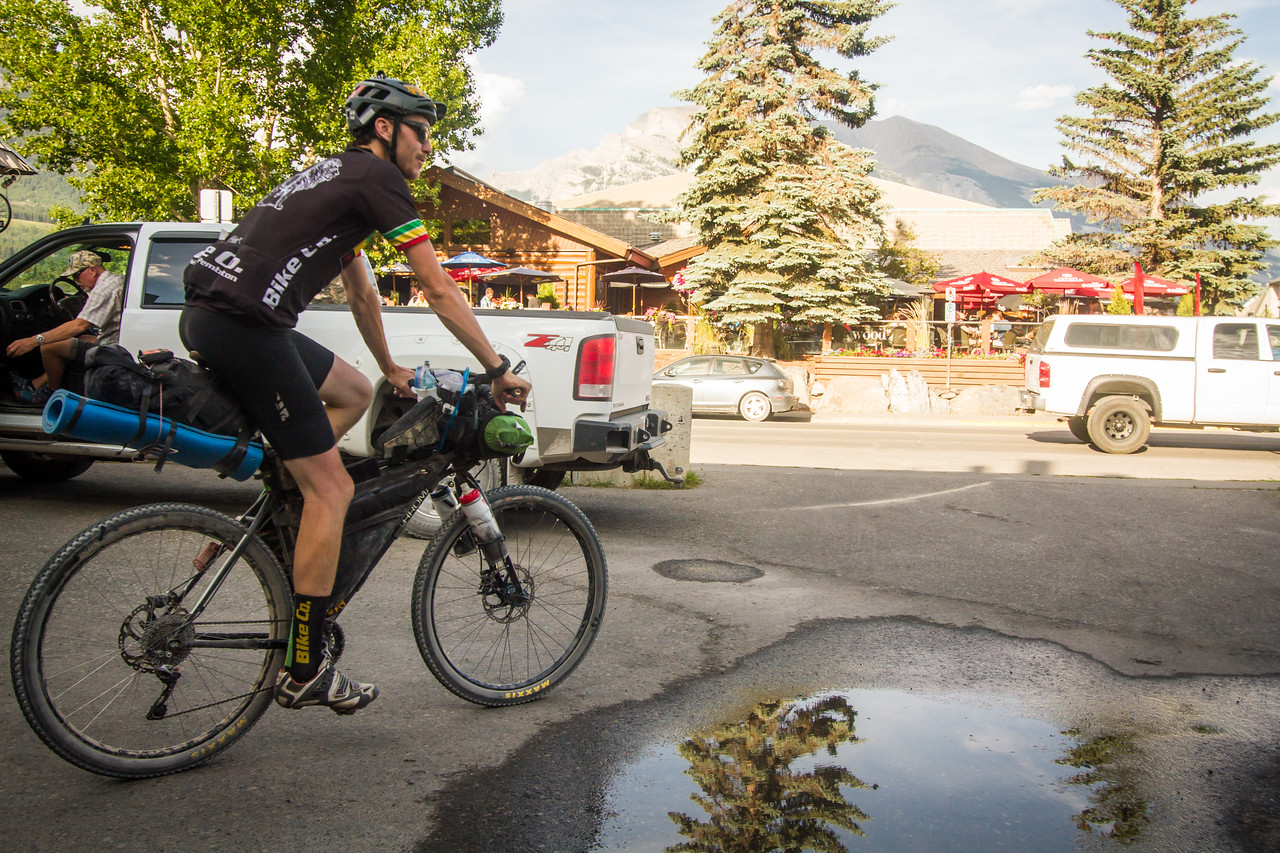 And Kat rolled in, looking magically less dusty than the guys. 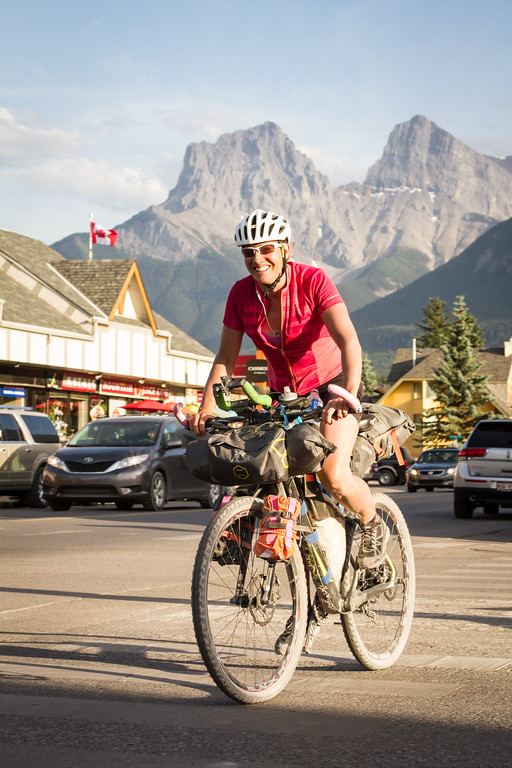 Richard wasn’t too far behind her…

Then Katrina headed off, accompanied by Zion – or perhaps she was just going to stock up on food while she waited for some of the guys to keep her company on the 1A out of town. 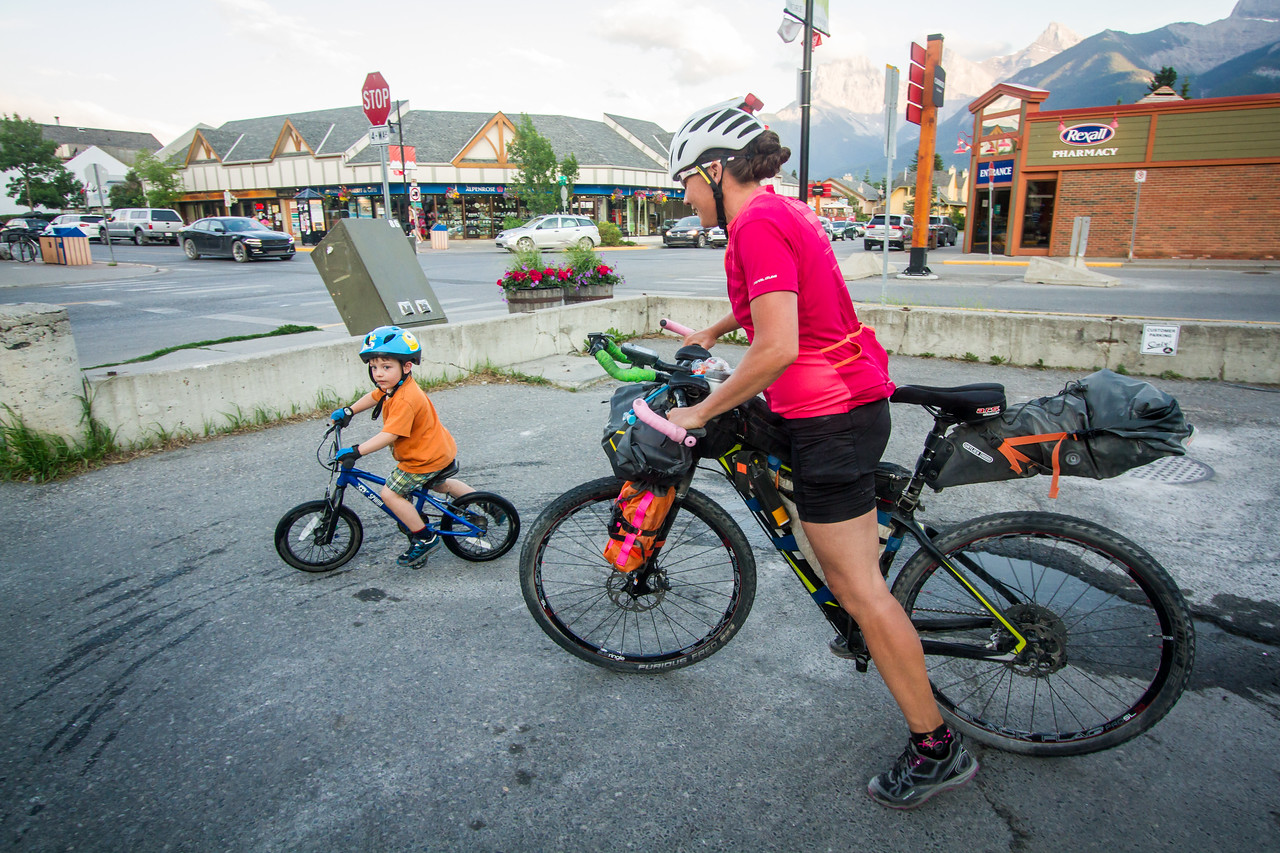 And then Tim, who was in and out in no time (ok fine, he stopped to chat to Ryan for a bit) 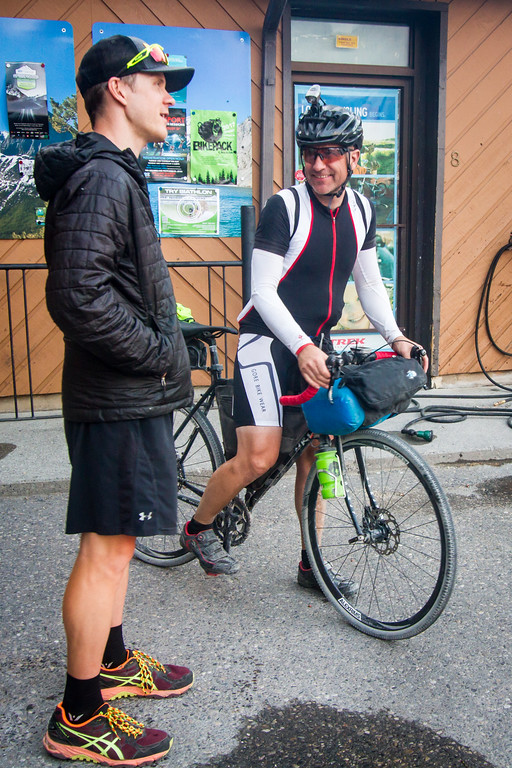 Greg was the first of the riders to take up the offer of a free beer, generously supplied by the Canmore Brewing Company. 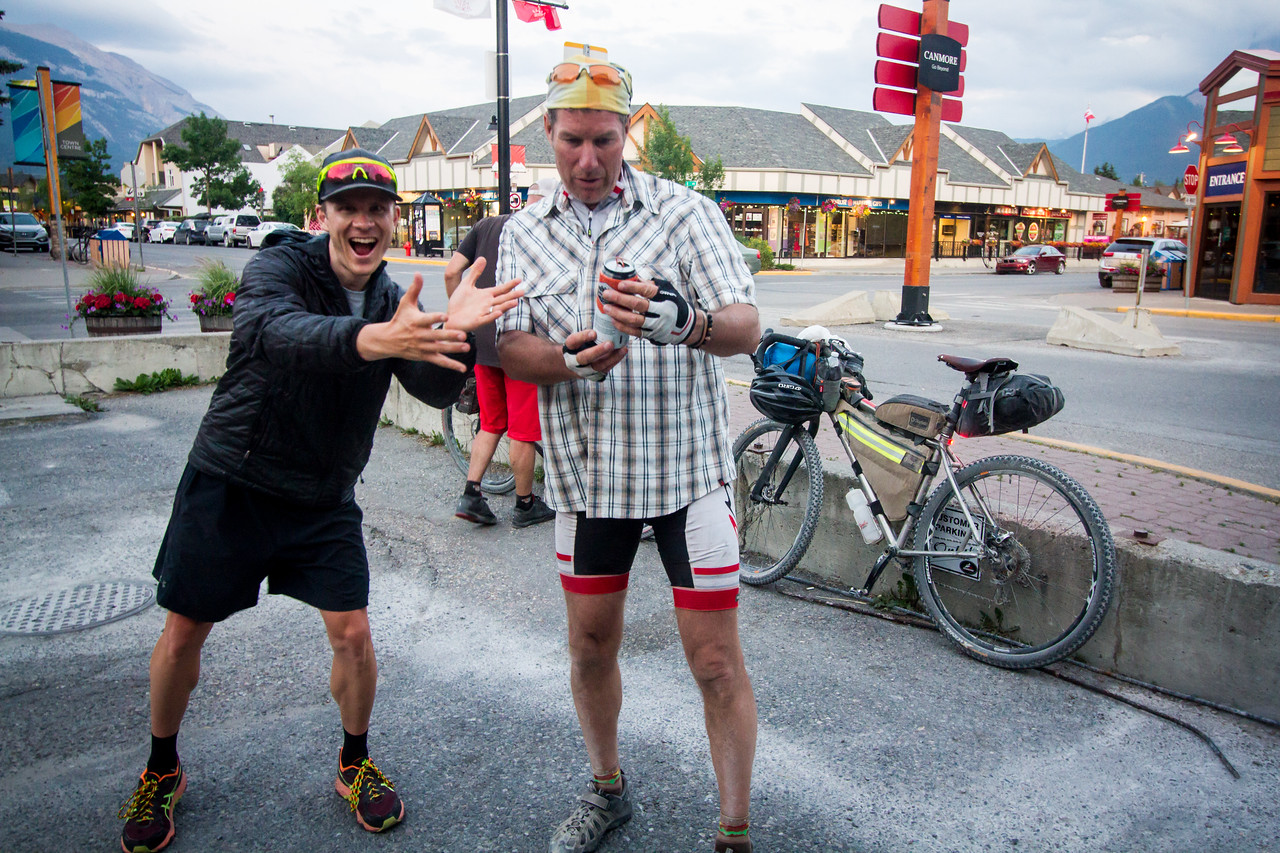 As the evening wore on, more supporters wandered by to visit, and the riders coming through seemed more inclined to settle than to push on.

I headed home after 10pm, meaning to just lie down on the sofa for a bit, and then go back out to say hello to the next bunch on in-bound riders. But when I opened my eyes again, it was morning.

I went in hunt of riders, and managed to find Richard outside Rusticana…

And then Brian, with tales of roadside stealth camping, conservation officers, and breakfast beer. 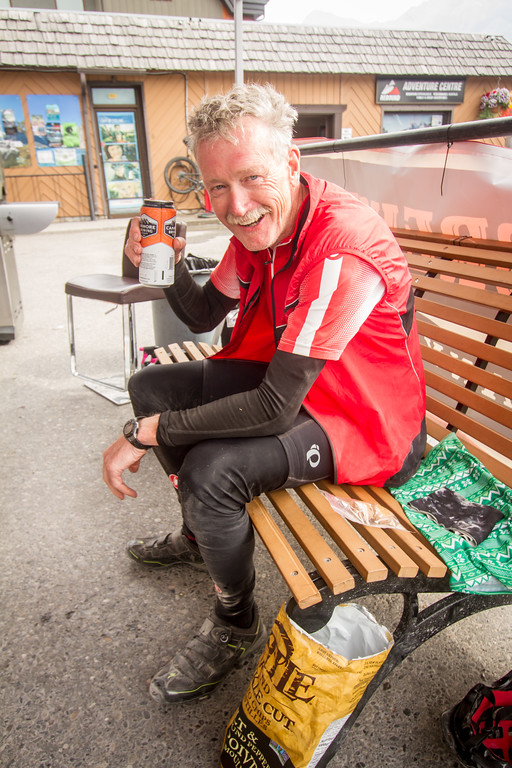 The morning crew was a little more sociable than the evening crew, and there was a lot of standing around and chatting going on. 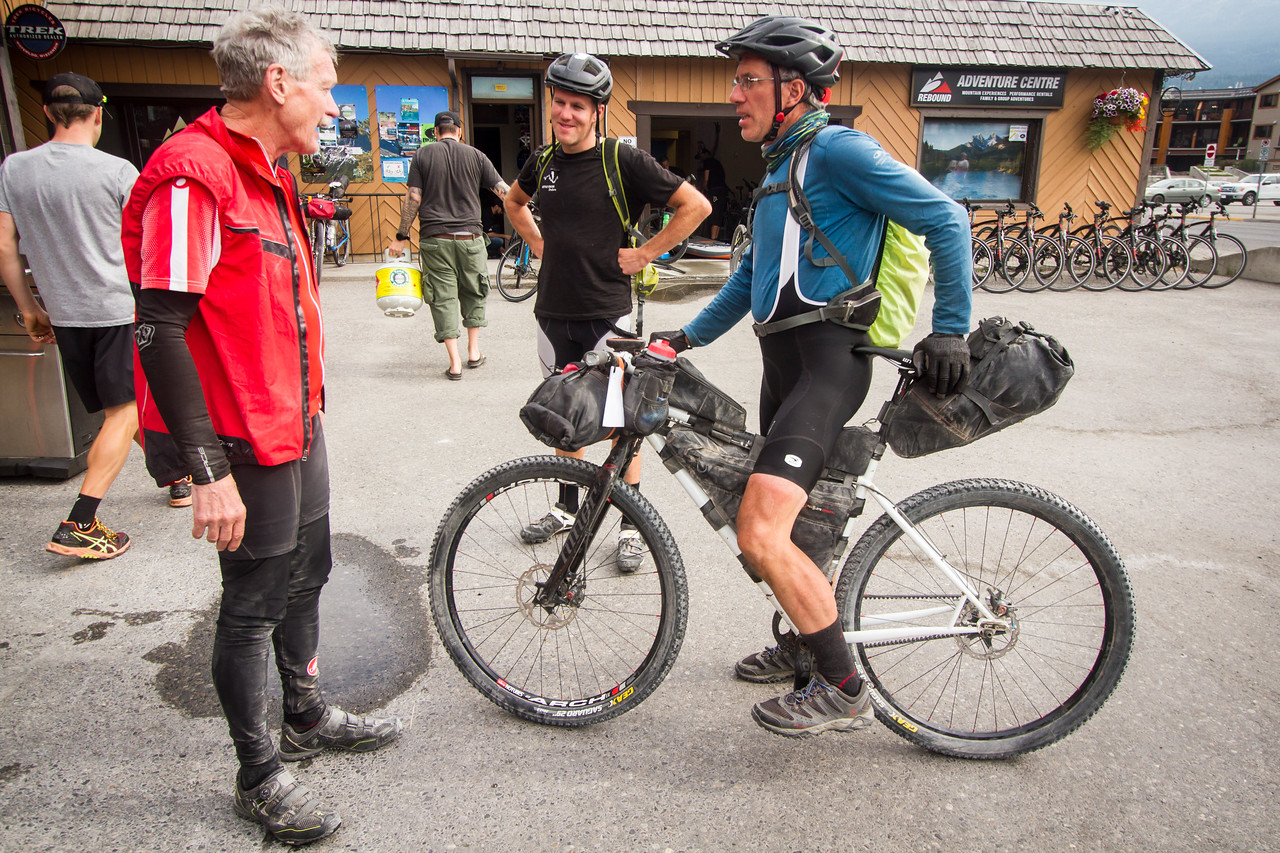 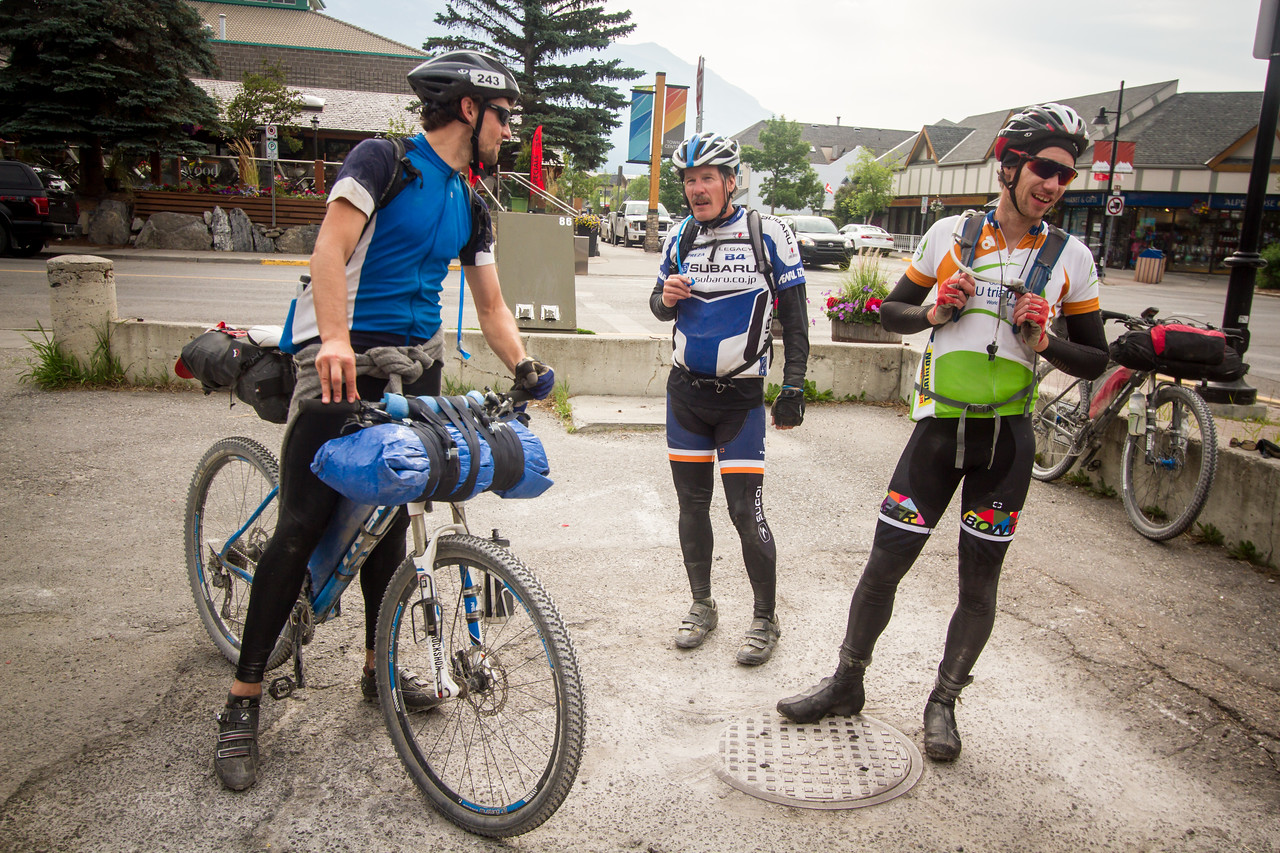 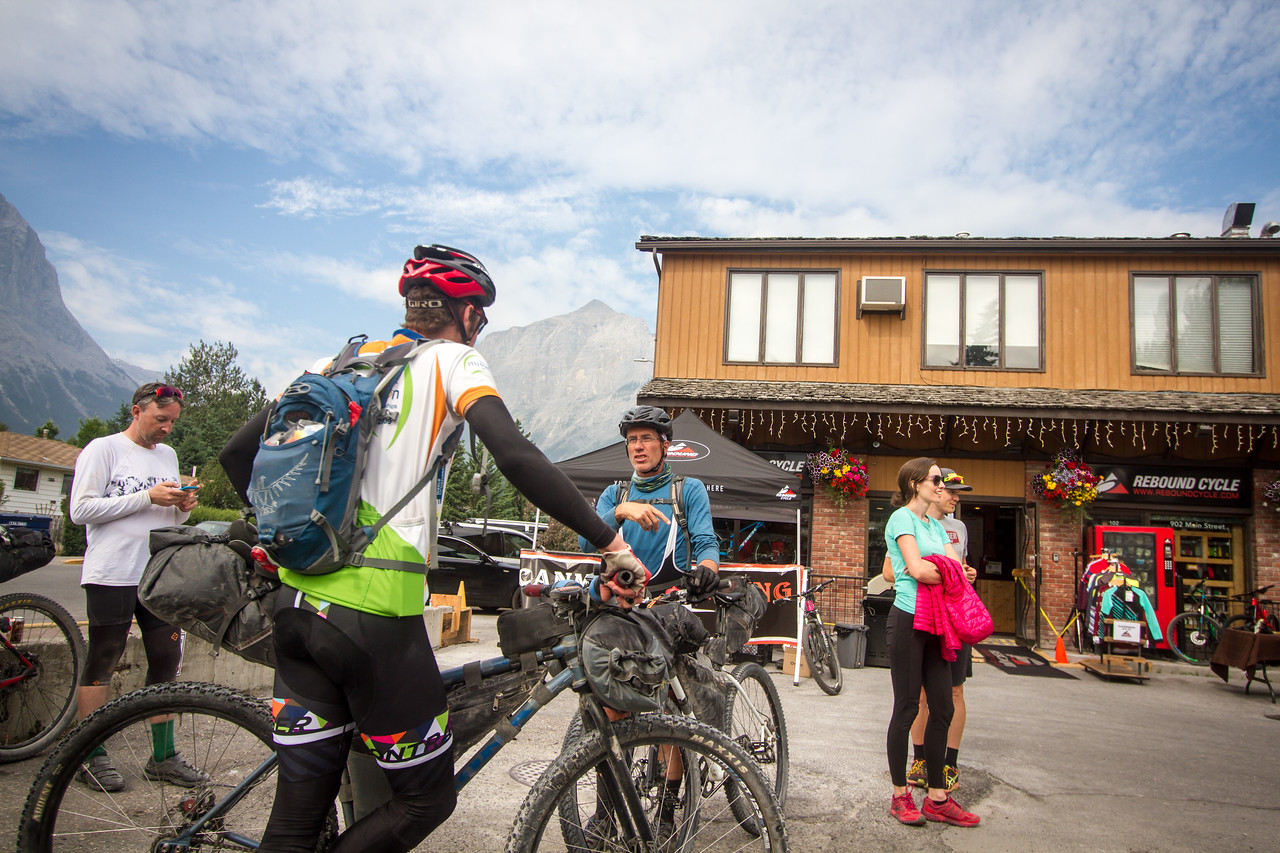 Then the lanterne rouge crew, Guy, Penny and Tracy rolled into town. Also covered in dust, but still in good spirits. 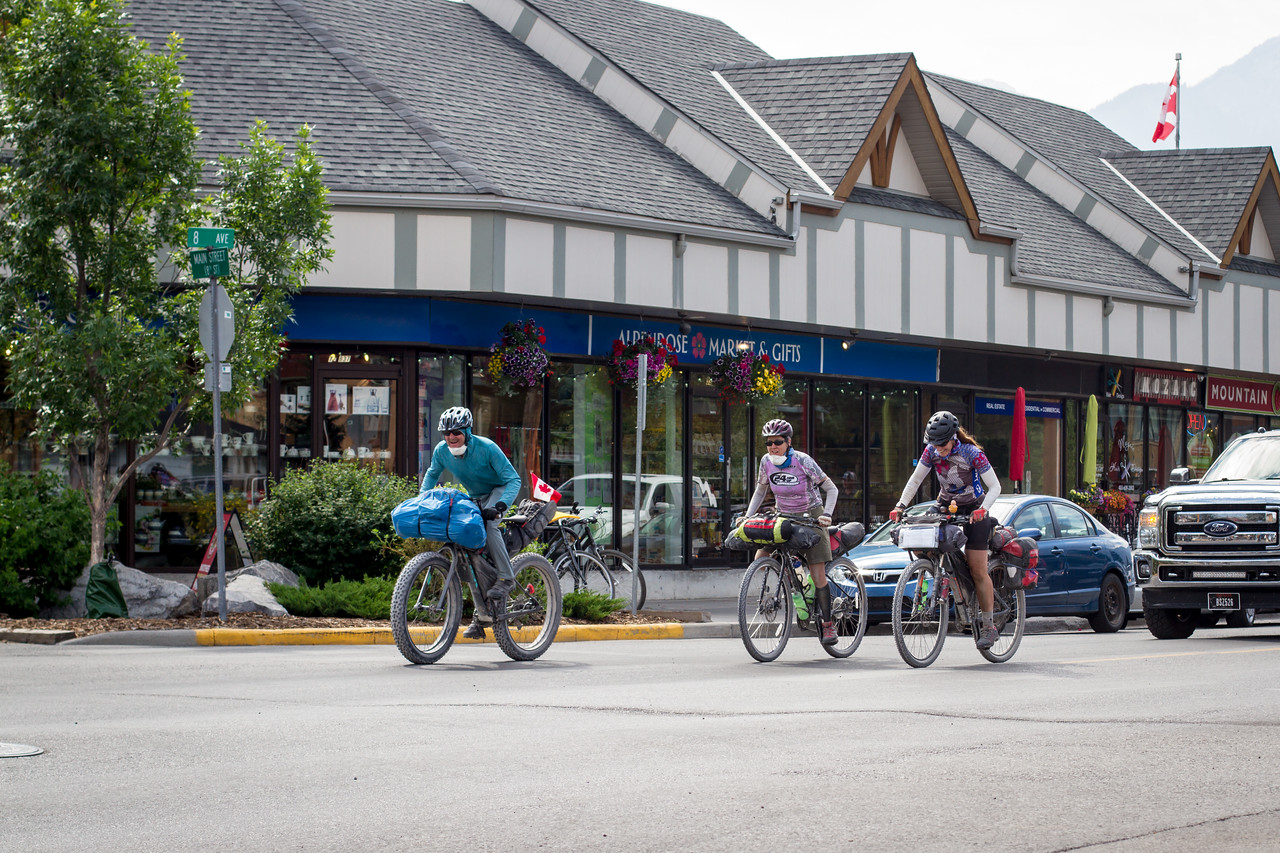 And so the riders kept heading north towards Hinton along the 40, and the support station packed up for the year. The final results? Adam in first, followed by Dean on his single speed, then Richard and Kyle riding together, Katrina in fifth, followed closely by Tim in sixth. And more still behind them :)