My accommodations were wonderfully comfortable and warm, but by the time 9am rolled around, I decided I’d really probably had enough time lying in bed. Traffic had been whirring past occasionally for an hour or two, but no-one came into my little picnic area. I breakfasted in my bivy and slowly packed up.

By the time I’d re-filled my bottles in the creek and was ready to go it was 10am. It might have been getting on in the morning, but everything was still covered in frost, and the sun was only just above the mountains. 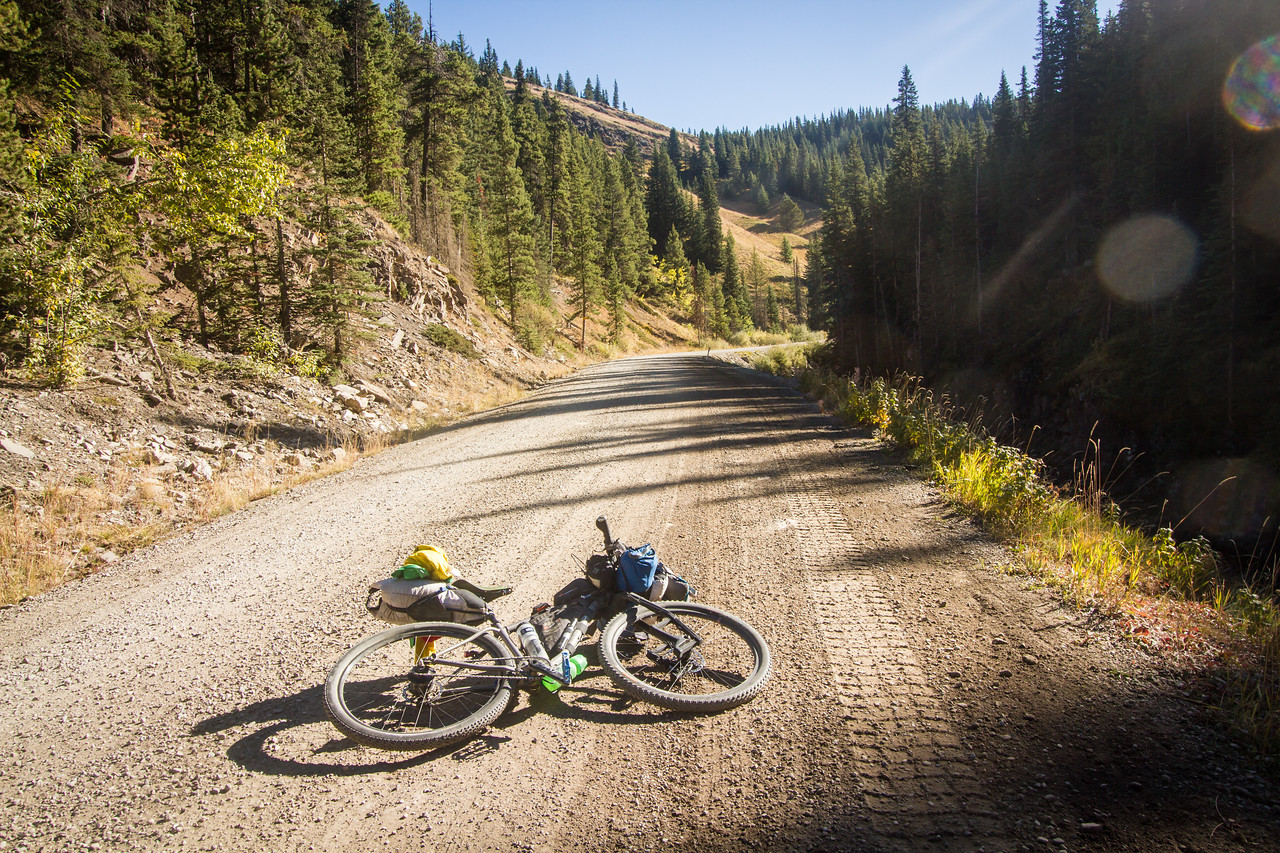 The road was dusty, with pick-up trucks and logging trucks passing me regularly. Sometimes there’d be as much as an hour between logging trucks, but I kept an eye out. It was easy to hear them coming when I was climbing, but as soon as I started travelling at speed, my ears filled with wind and I could hear no vehicles. Maybe a mirror would be handy. 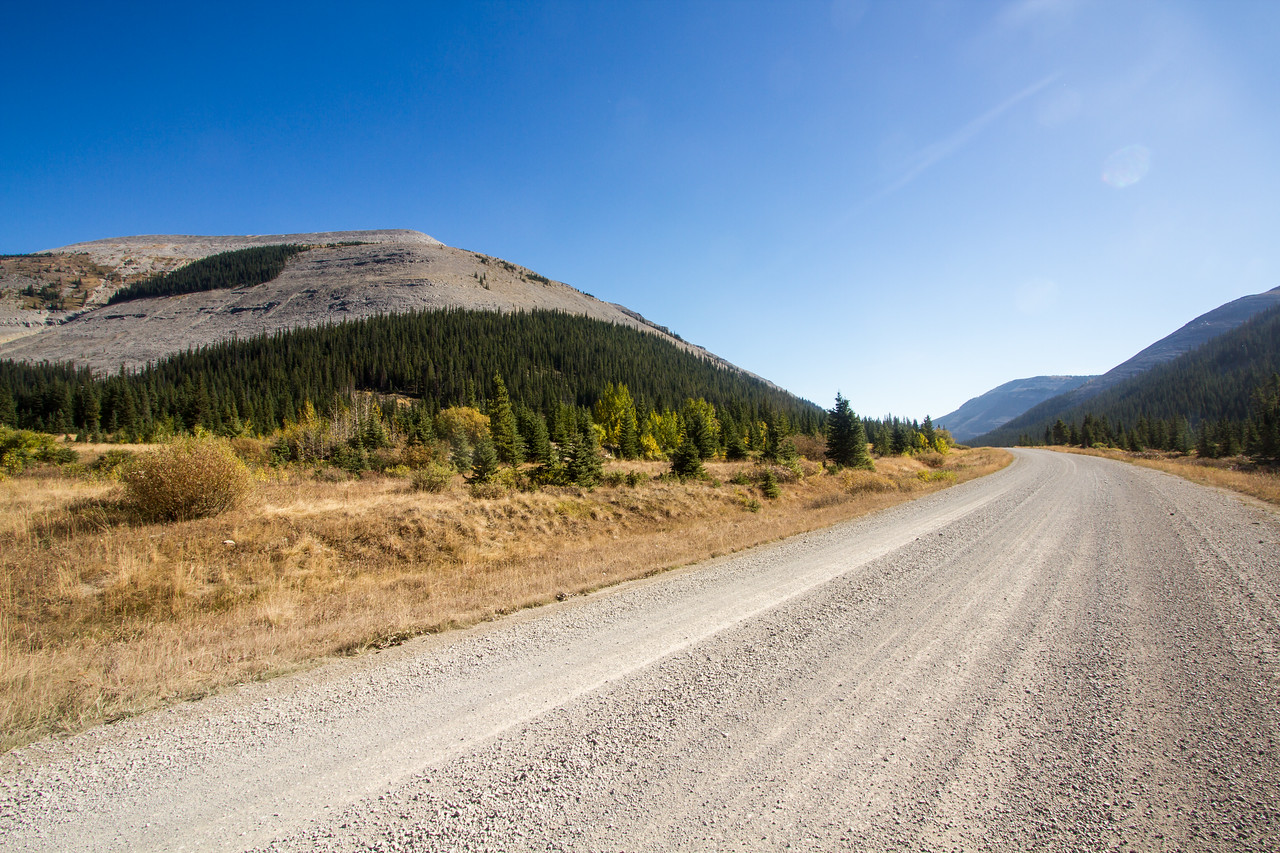 The terrain opened up, and beautiful yellow aspens were everywhere. The mountains lining the valley were sometimes brown and rounded, occasionally rocky. 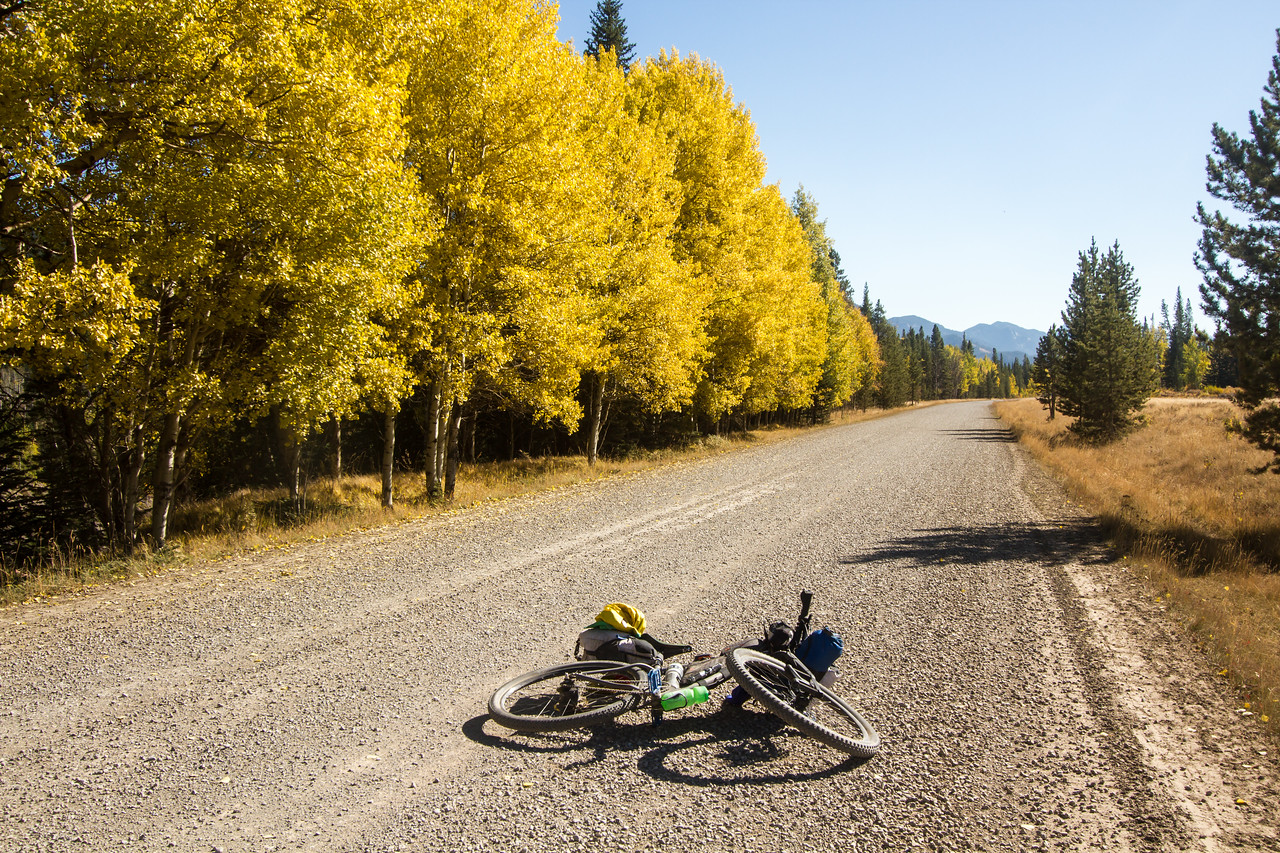 A hunter and his wife stopped to chat. Last year they ran into an English couple here who were biking from Alaska to Argentina. “You’re not English are you?” I strenuously denied the accusation. And then thanked them for their offer of a lift or somewhere to stay that night. Part of me was tempted to take them up on the offer; I didn’t want to overdo it. But I was enjoying the pace of bikepacking, cycle touring, whatever you want to call it. The lack of connection to the rest of the world was largely a blessing as I tried to convince my mind to slow down. I wasn’t that keen to hurry back into civilisation.

Eventually I realised Racehorse Creek campground would make a good destination for the day. It ended up being a hard push though; there wasn’t that much climbing compared to past days, but the road was often loose and gravelly. 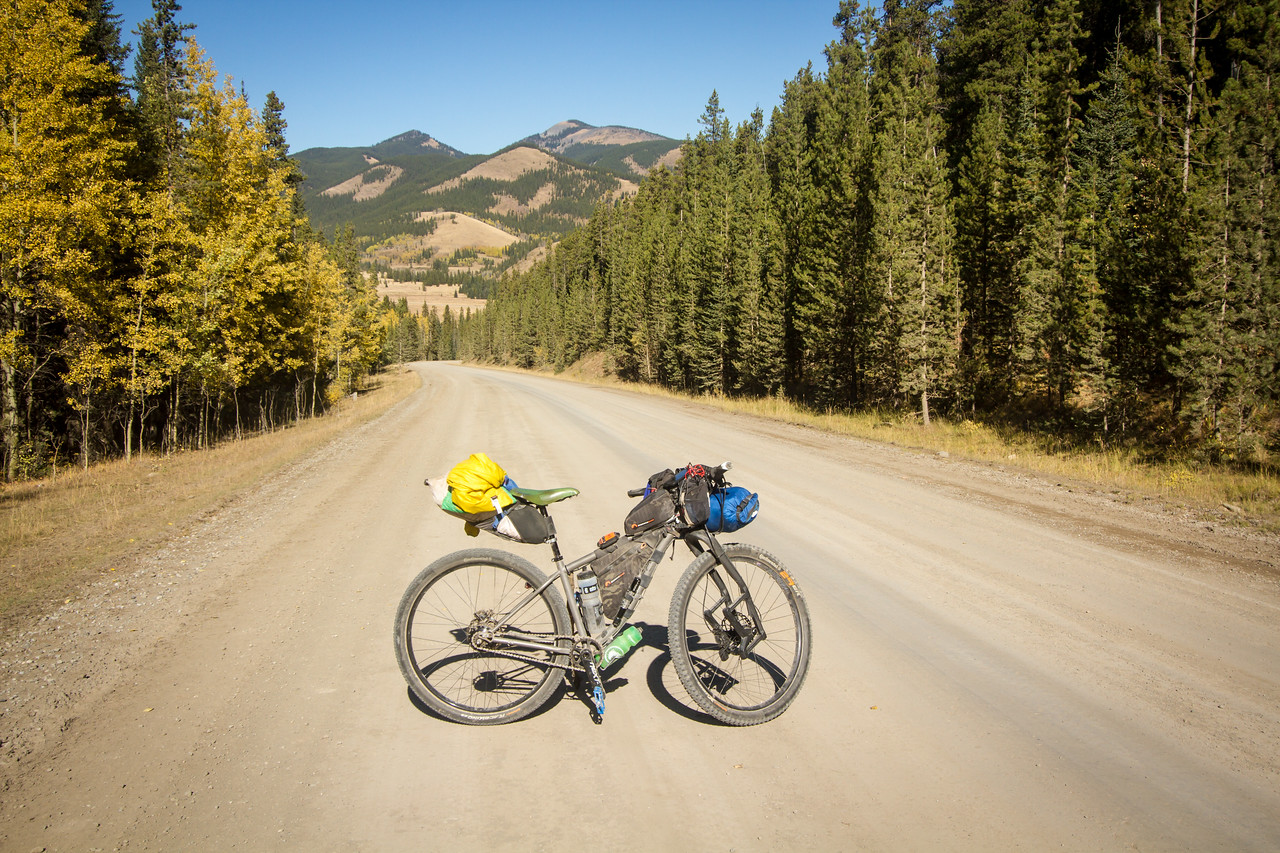 Just before the campground was a little wild camping spot with a few RVs set up. Further on, the campground was still open. I made it and collapsed, exhausted. Uh oh. Hopefully I hadn’t pushed myself too far. I cooked dinner out by the creek, and considered being social, but was tired, and just wanted to lie down and rest.

So I found a deserted loop of the campground and retreated to a washroom again for the sake of not having to worry about bears, or curious people, and for the added warmth.

The washroom was small and cramped, and I struggled to finagle my bike and I inside. It didn’t smell as pleasant as the last one, and there were quite a few dead flies I swept off the floor, but at least it had fewer mice. Perhaps. I did hear some rustling.