And so we drove south, driving in the driving rain. The only thing I can remember of the drive was the very excellent painted silos at Brim. Painted by Brisbane artist Guido van Helten, and depicting anonymous farming characters – I’d swear one could be my grandfather.

We know a few people living in Natimuk these days; quite sensibly, it’s a lovely place. We lured even more people from further away to come and visit us, Brett and Sair from Melbourne, Al and Lincoln from Canberra, and Brendan and Adele from New Zealand! It could well be that the fact we were hanging out at Arapiles was quite a drawcard as well. It really is world class climbing, and I was rather spoiled by learning to climb there – it’s hard for anywhere else to compare.

I’ve only been back to Araps once since living in Canada, but it’s amazing how familiar everything still is. So many spare holidays and weekends were spent hanging out at the Pines, climbing and climbing and climbing. And eating chocolate. And lazing around in the dirt. Then thinking about climbing, and talking about climbing, and looking at the guidebook, and maybe climbing some more.

After finding everyone and catching up, our first day mostly consisted of a brief bumble about at Mitre Rock. Finn gallivanted about with a harness on, did some short-roping, some body-belay lowers, was schooled in tying figure 8s by Al, and in gear placement by Alex. 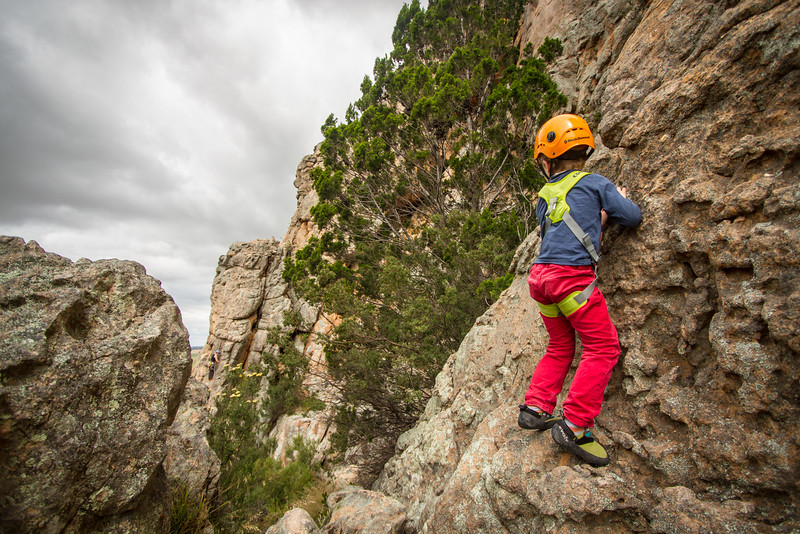 Adele, Claire and Brendan climbed something – well, Brendan climbed until he went and sublexed his shoulder and swore off climbing forever. After he lowered to the relative safety of the ground, the girls continued upwards.

Meanwhile I followed Al and Lincoln up Exodus, which was much harder than I remember it being. Ah, I was going to have to relearn how to climb on rock all over again. I was perfectly happy not to be leading … this terribly hard grade 6 climb.. 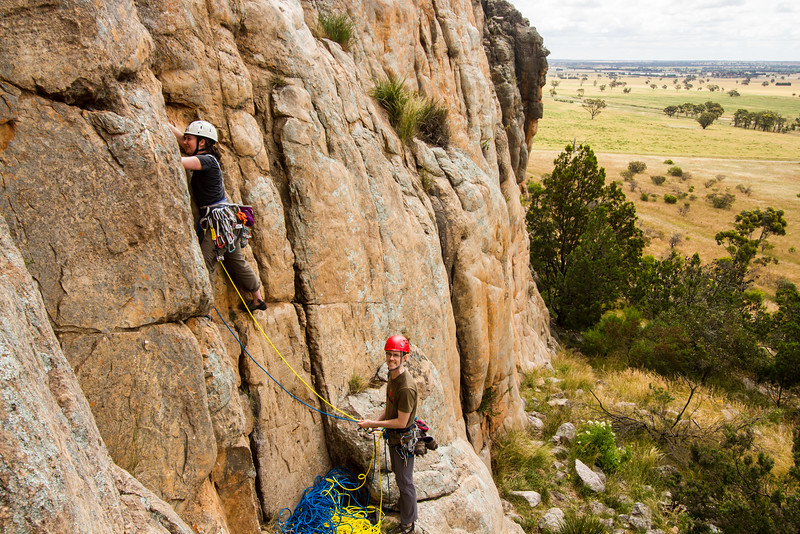 I’d been generously loaned a road bike by friends in Natimuk, and it was rather nice to actually get out for a spin. And even ride up a mountain! A very small mountain, but still.

We spent some time hanging out at the summit and marvelling at the vast array of lakes. There never used to be lakes here! What do you mean there were lakes here all along? What, someone just filled them with water you say, and they’ve actually been here all this time? Inconceivable!

Meanwhile, in other parts of Arapiles, mountains were being climbed. The mighty summit team helped the six year old climb up to the pirate’s cave (the bushranger’s cave is on the other side, so I assume this one was probably for pirates), and the ascent was accomplished without the aid of either oxygen or champagne. 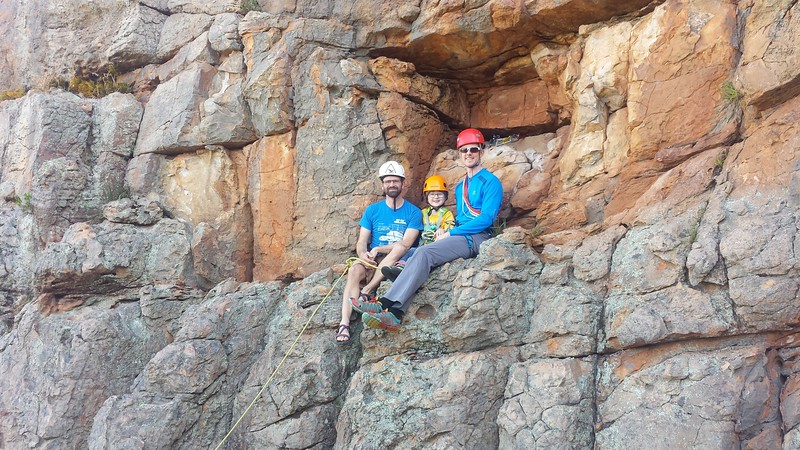 And so  we rode back down to visit the rest of the climbing crew at Bushranger’s Bluff – where Alex was demonstrating his stumpy-whispering skills, destined to be honed throughout the coming week.