One particularly amazing edition to our Elizabeth Parker hut trip, aside from the maze and quinzee, was the luge run we built up behind the hut. Referring to something so epic as a mere toboggan track would be inadequate.

There was a lot of engineering that went into the design, and some epic berms were built. But it was still difficult to design a track to handle such a variety of sled weights, and so there were parents stationed at a few tree-well points along the way. Which was good, as kids on toboggans went flying over the berms a couple of times before we decided that two kids in a black sled was a bad combination (and banned that particular combination).

And so now I’ll just leave you with some of the photos, which should give you some idea how fun it was! 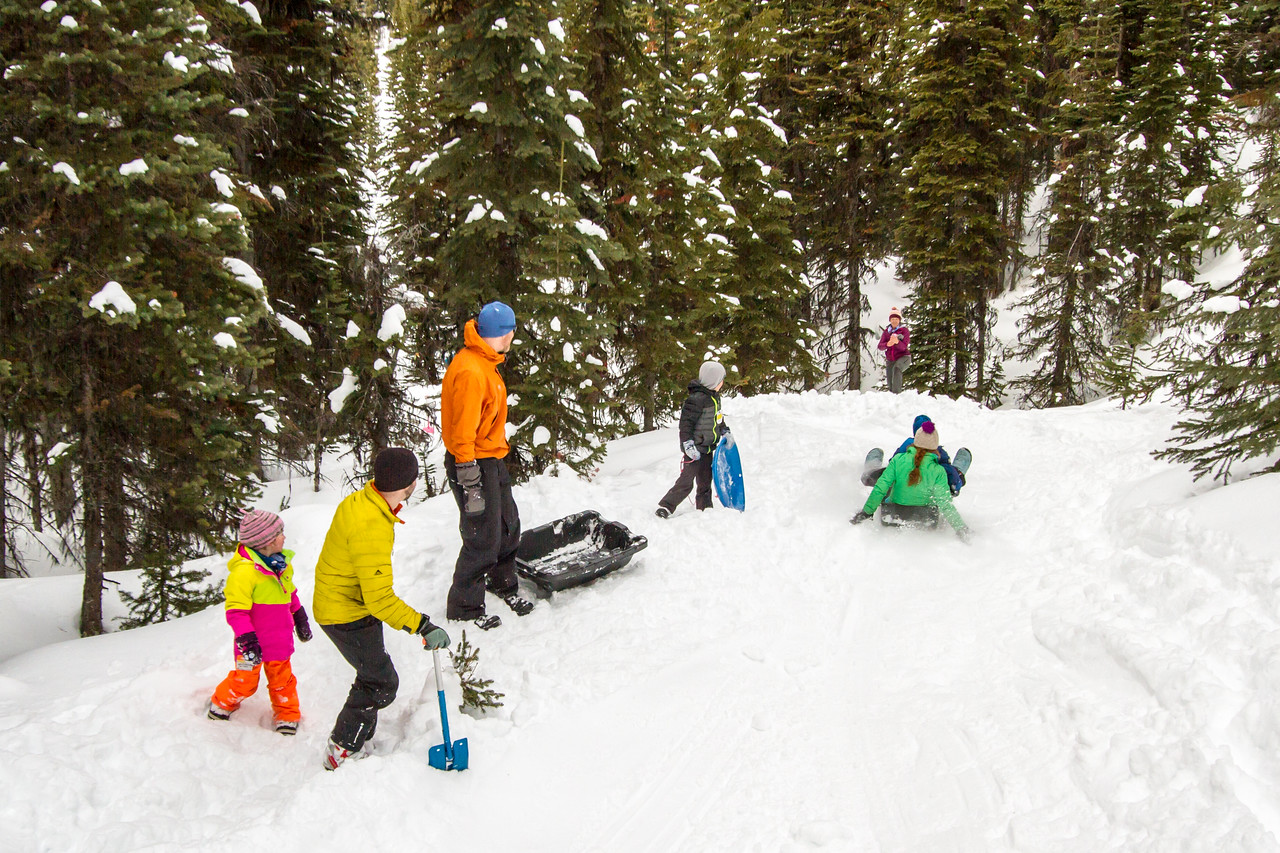 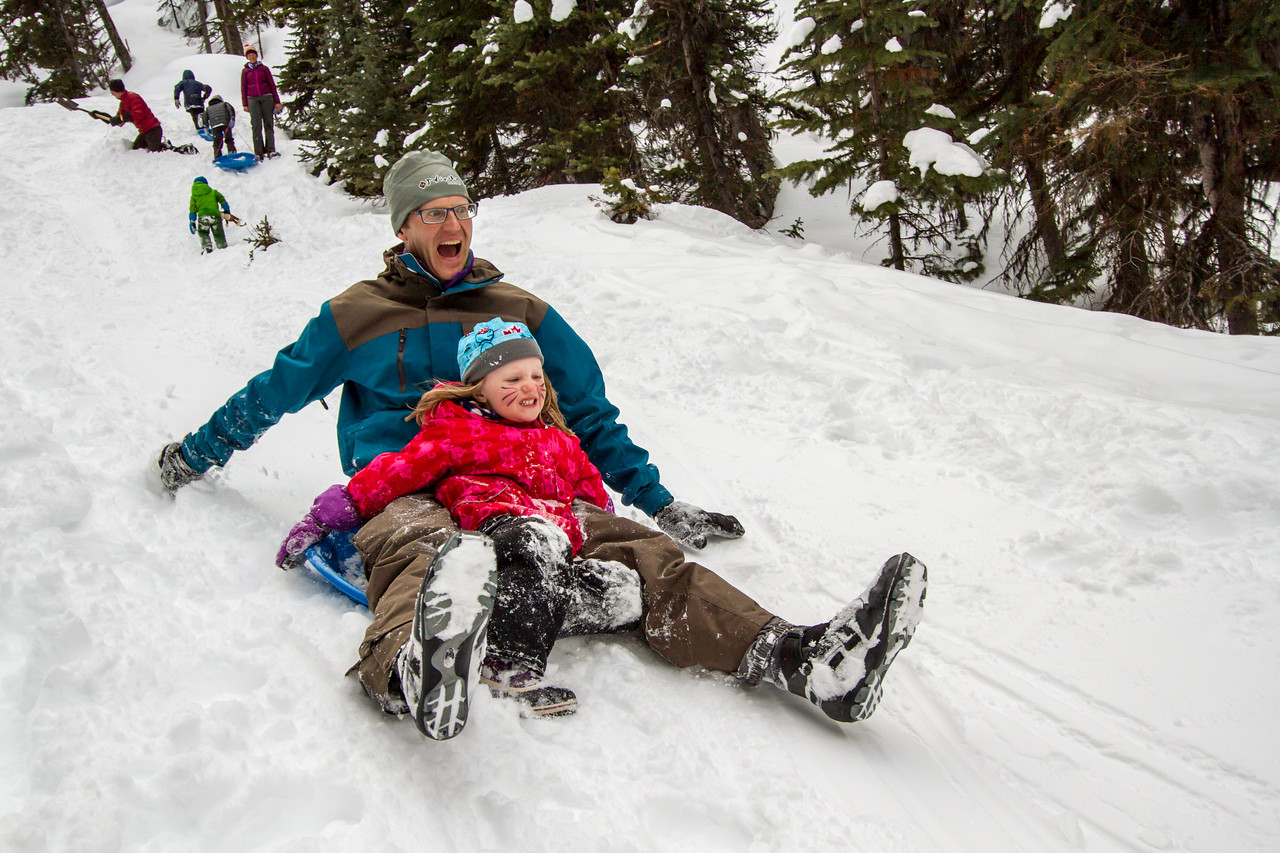 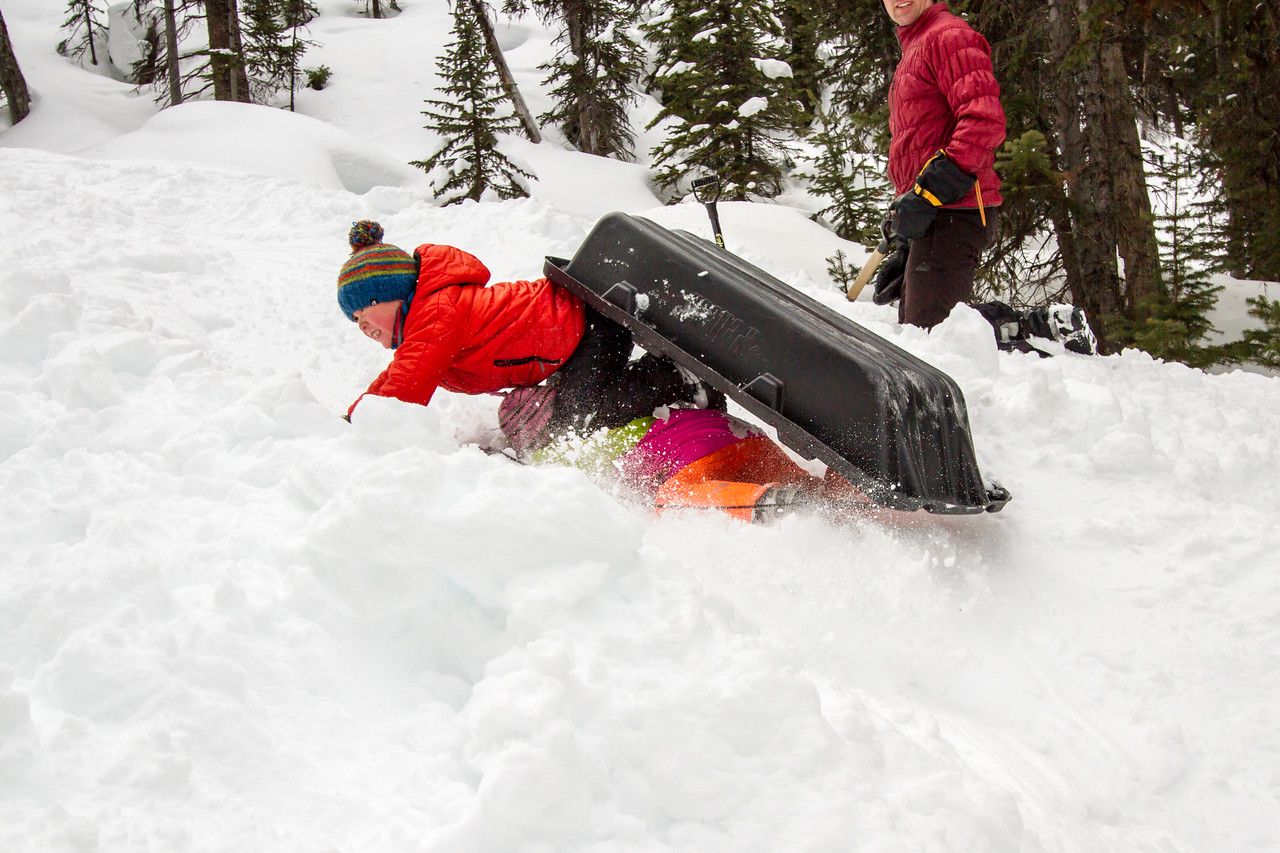 So fun that we went back again the next morning – but this time round, only launched from half way up, because it had set so fast and icy… 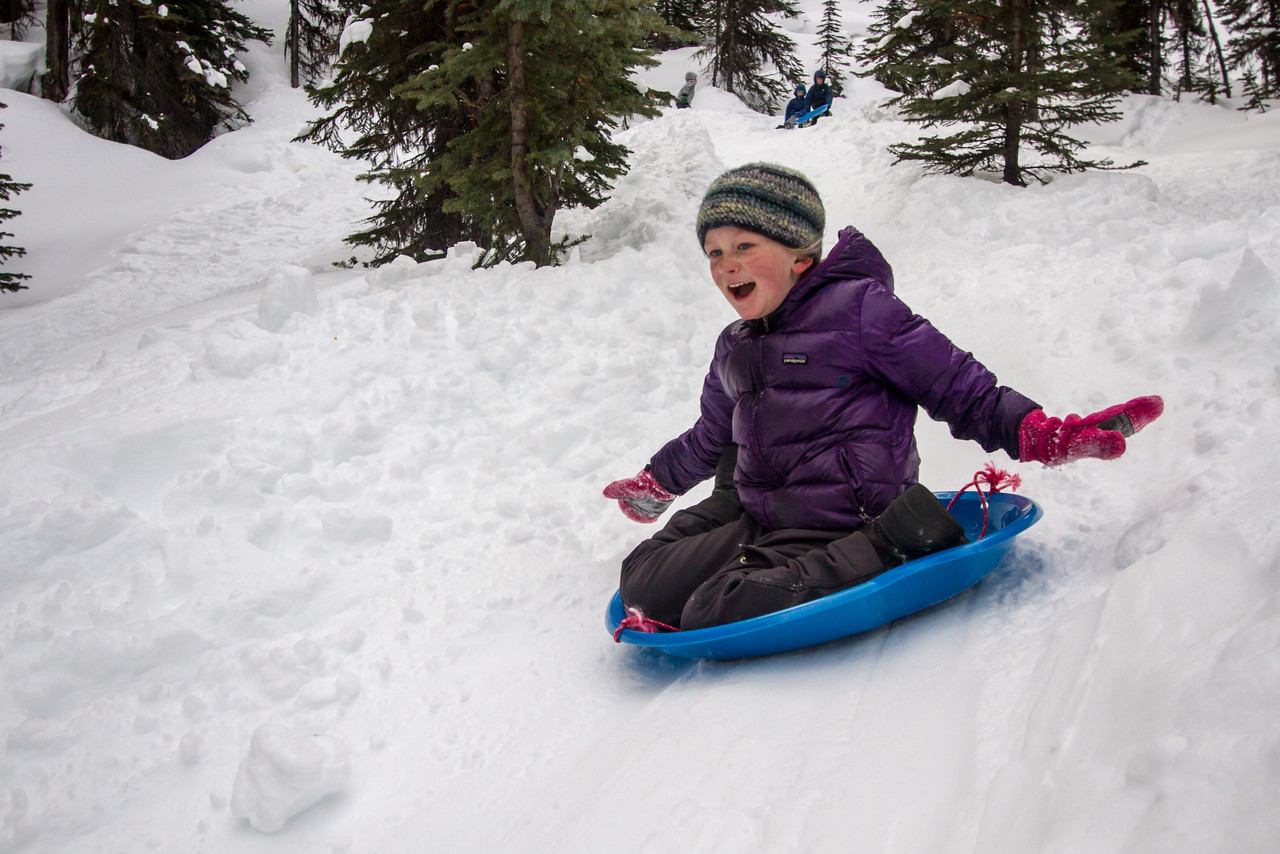 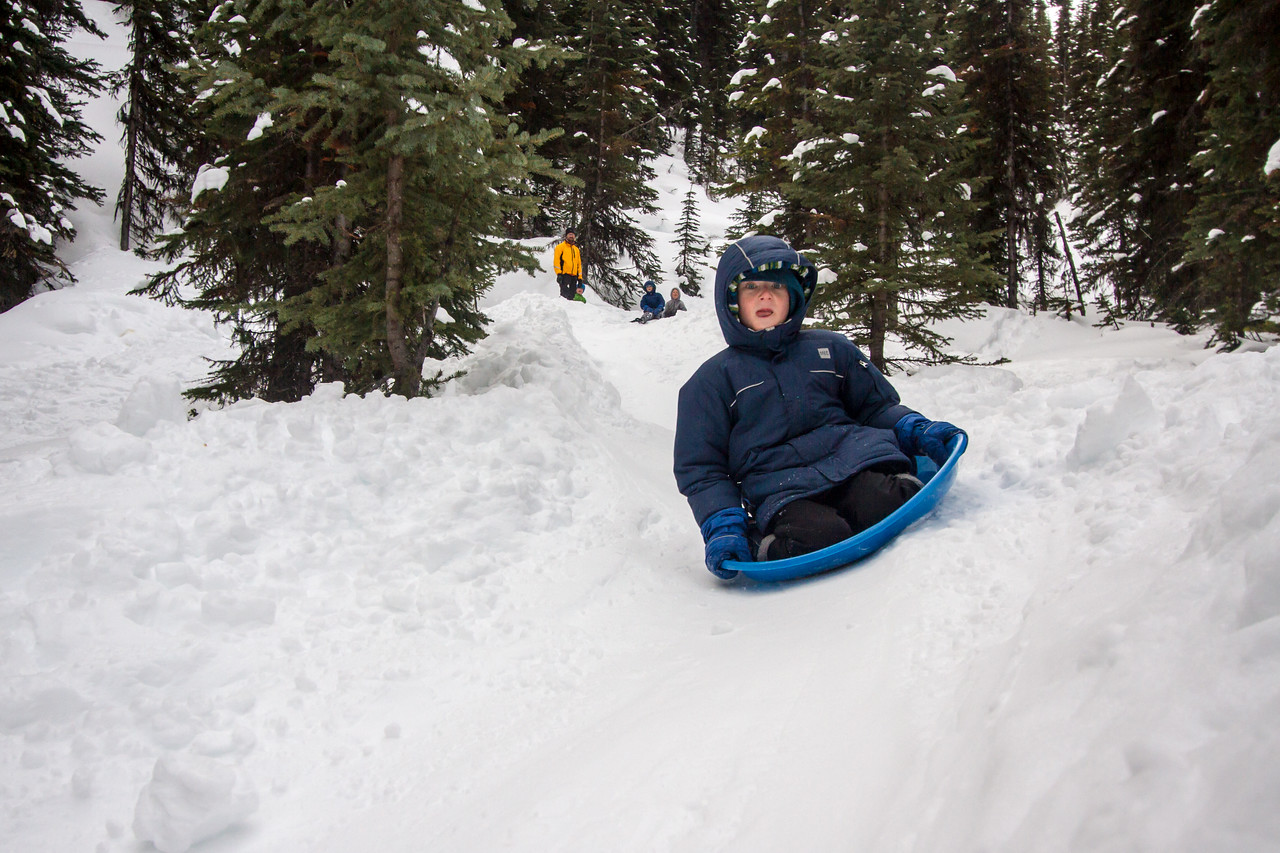 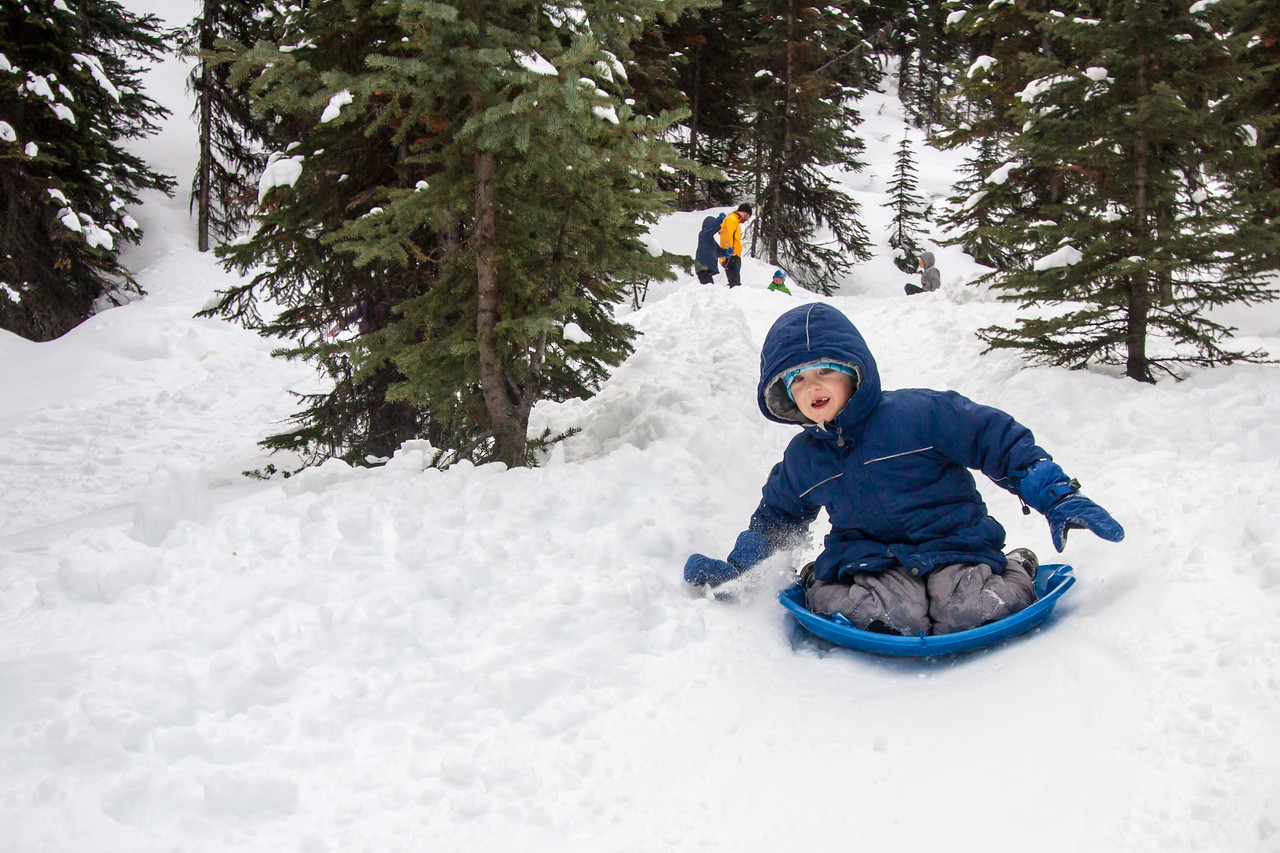 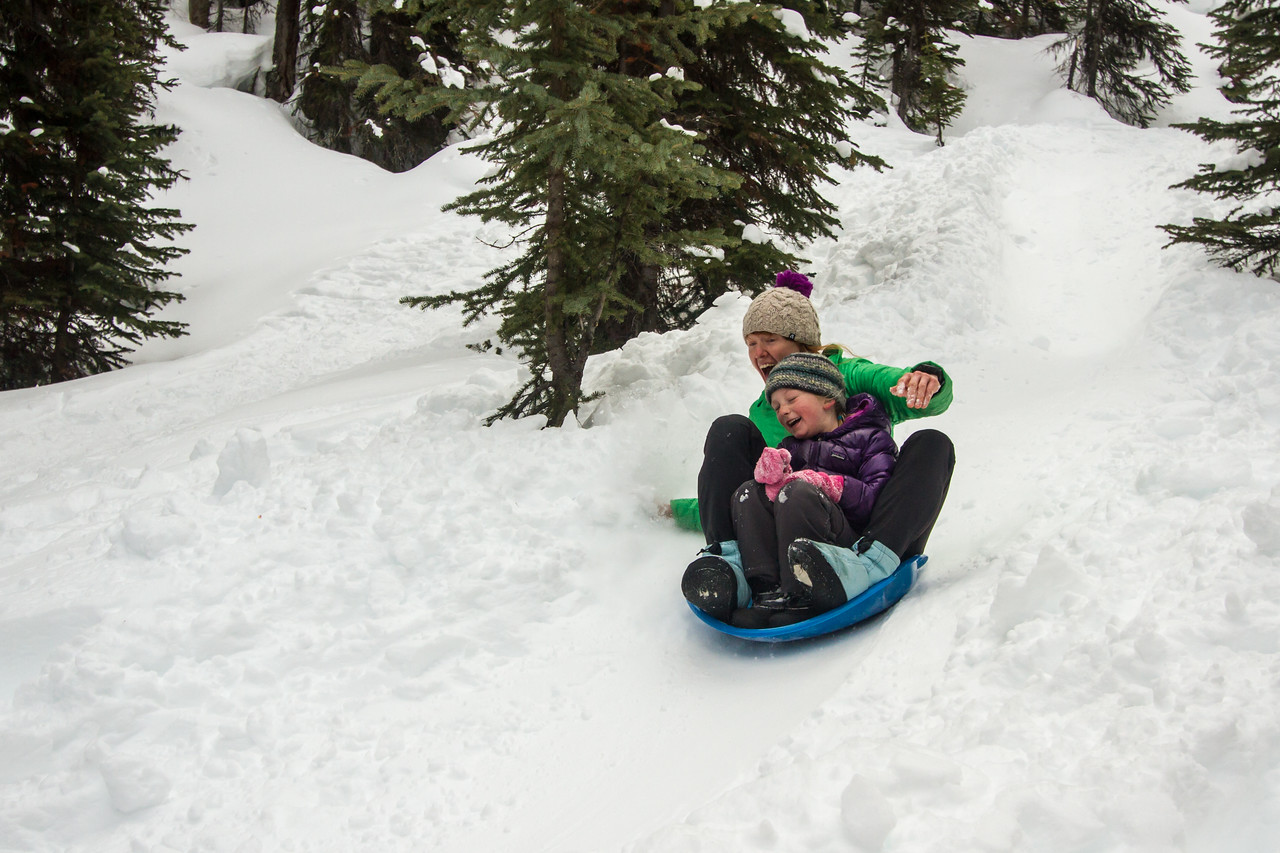 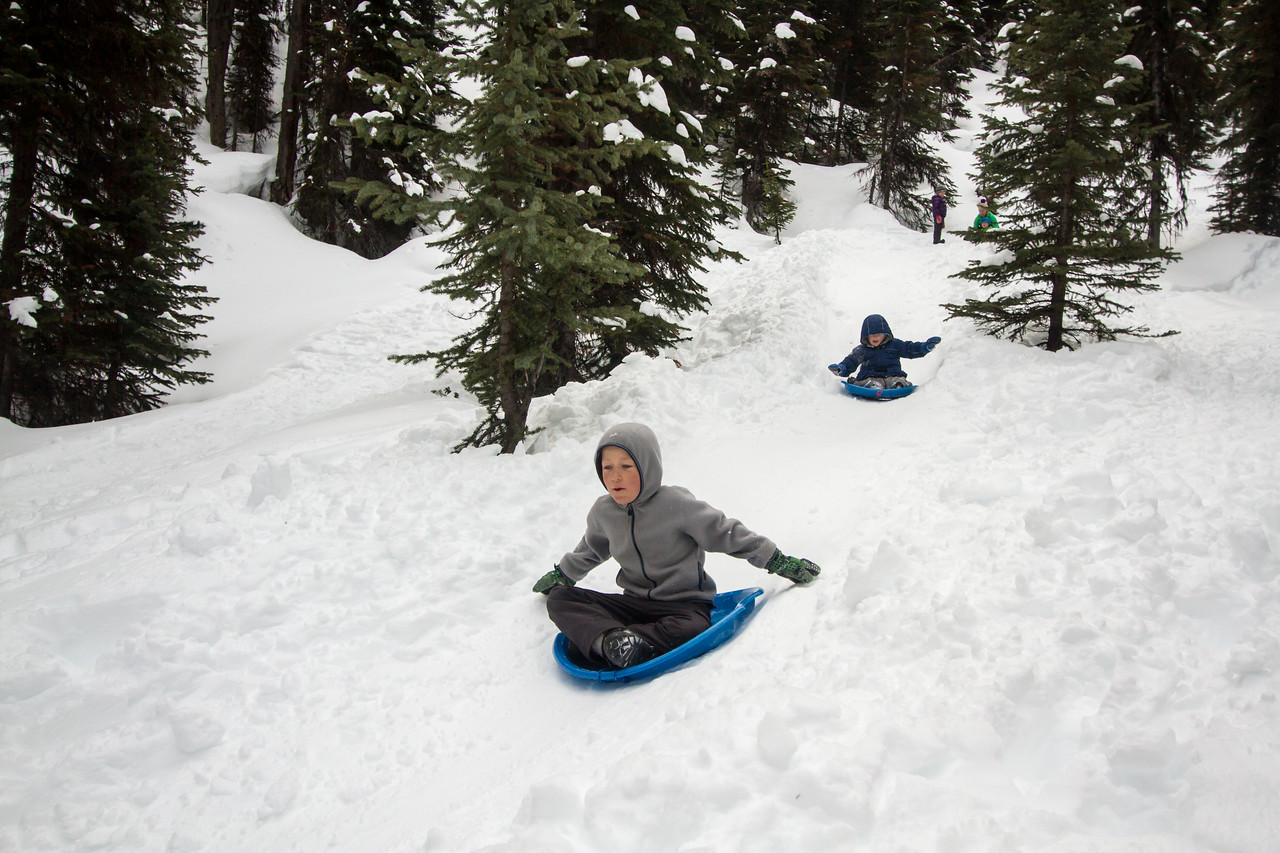 I may have had just as much, if not more fun, than the kids. Apparently growing up without snow meant a very neglected childhood, so I have to make up for it with extra tobogganing now.