It’s been such a long time since we’ve been out for a winter hut adventure. Nearly five years! So we (I) decided that to avoid having another winter drift away, it would be a good idea to start getting organised, and so the Elk Lakes Cabin idea was born.

I’d cycled past there last year, as I headed south to Fernie, but hadn’t actually checked out the hut. But I knew it was there somewhere, four or five kilometres beyond the groomed Peter Lougheed Provincial Park ski trails that take you to Elk Pass.

The three of us had a disorganised morning, sleeping in, then slowly getting everything packed and loaded into the car. Somehow this all took much longer than expected, and by the time we arrived at the Elk Pass trailhead it was after 1pm.

“Plenty of time” we said to ourselves… then “well, we have headlamps”.

As we set off we realised it was much colder than we’d been expecting. It’s sometimes hard to keep warm while skiing at small child pace too. After a couple of kilometres the small child was inserted into a sleeping bag and loaded into the pulk we had borrowed, and we set off at a more determined pace. 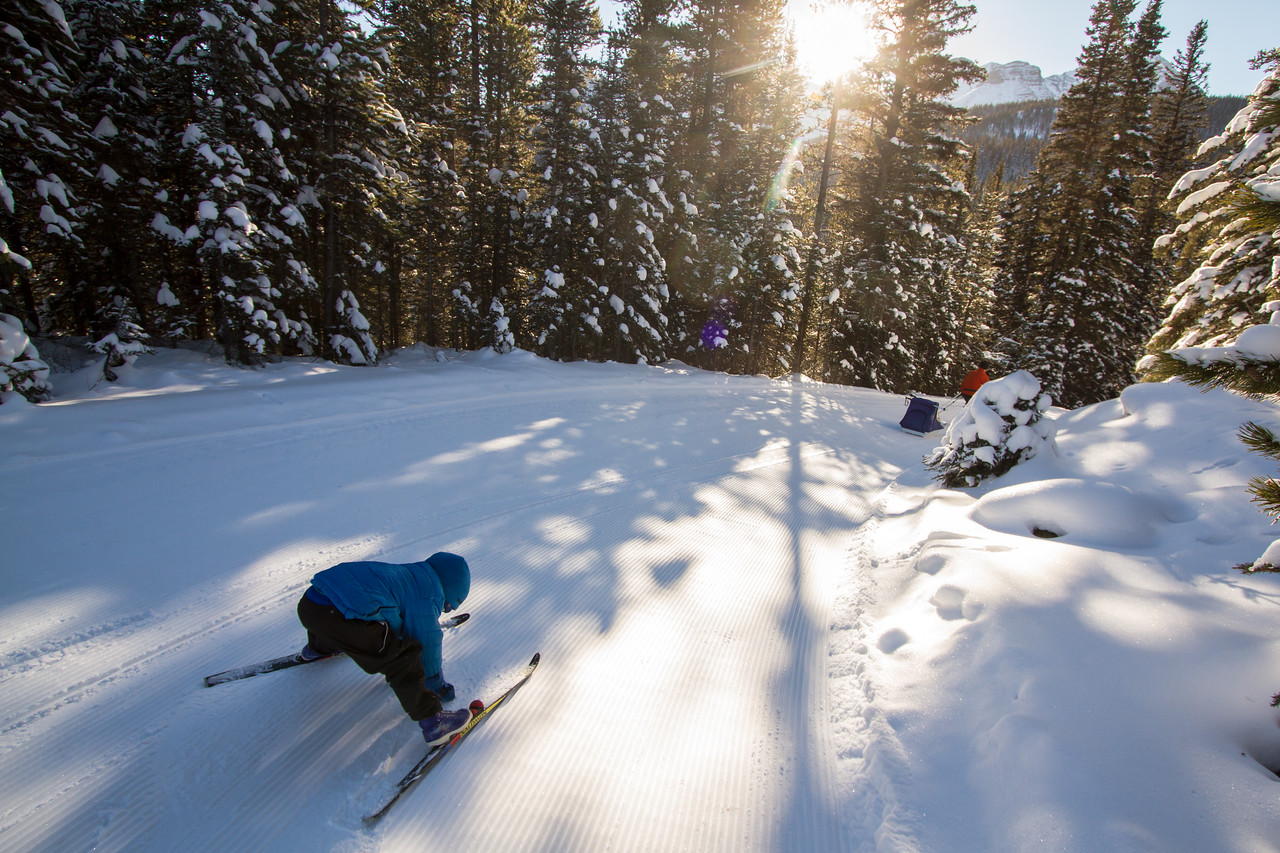 We’d headed along the Hydroline trail to Elk Pass, thinking we had a better chance of being warm up there – maybe we’d even find sunlight! And we managed to get a few minutes of sunlight before it disappeared behind the mountains for the day, but then the temperature just kept dropping. 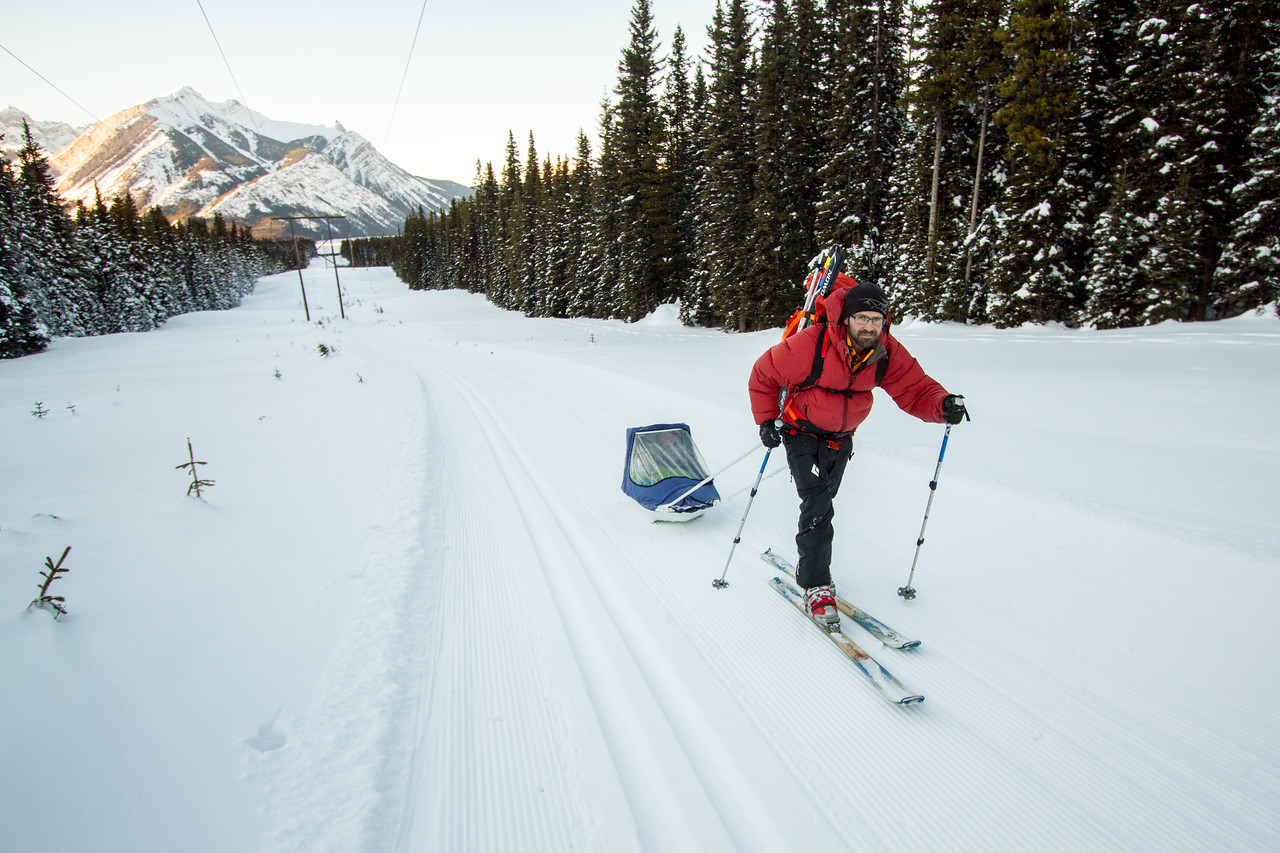 Beyond Elk Pass it’s just backcountry skiing. There was a bit of a skier set track for the first kilometre or two, but it was much harder work to tow a heavily laden pulk through. Or so Alex tells me.

Theoretically this section is downhill. In reality, it didn’t feel very downhill, except for the final section just before you drop down onto the meadow before the hut. And by the time we reached that point, it was properly dark, headlamps-on skiing. Which was thoroughly exhilarating given the strength of our headlamps. 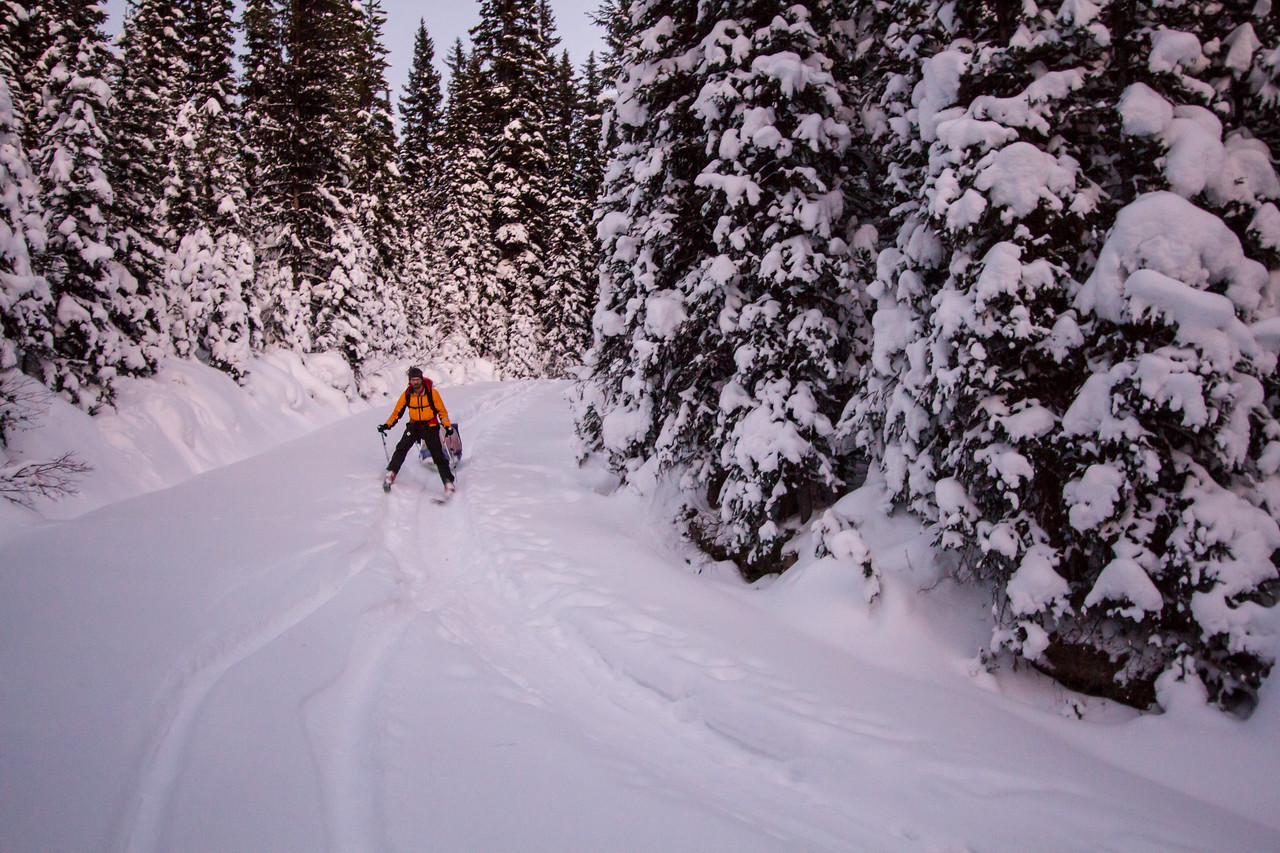 As we reached the meadow, we descended into a lovely cold pool of air. Alex’s thermometer was reading -25oC or so. My hair and jacket had gathered a thorough coating of white frost, and we kept moving, hoping that the hut was magically warm.

The hut was not magically warm. The combination lock on the door was frozen shut, and took some convincing to unlock, and then we were on a mission to build some fire and raise everything to a more reasonable temperature. Dinner was cooked, port was drank, and we sat down to play a family game of Settlers of Catan before bed. Finn had convinced us to bring it along – I’d taught him how to play the week before, and he’d developed an immediate obsession.

An early night to bed, we had more hut-guests arrive around midnight. They eventually settled down, and when we awoke the next morning (at 8.45am, a perfectly reasonable time) we discovered that 3 of the 4 of them were Australian, and very friendly hut-mates.

Our mission for that day involved nothing more than skiing back out again, but what with another game of Catan to play, and a slow breakfast, and then slowly packing, it was after 11am by the time we were on our way. Thankfully it was a bit warmer now, and the sun was shining! 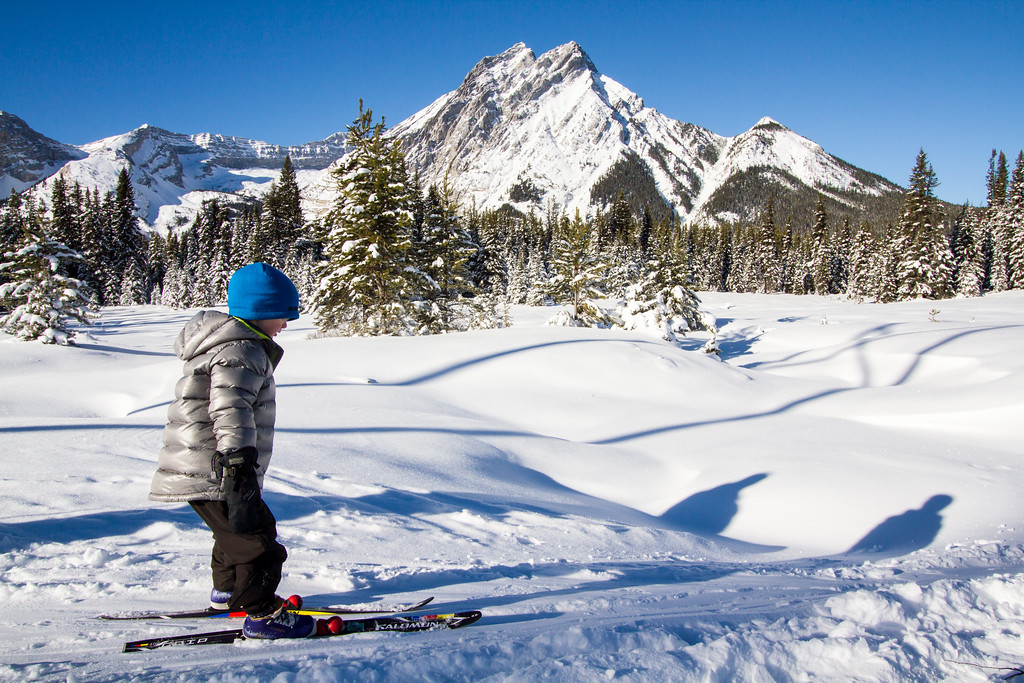 We convinced Finn to ski across the meadow, then threw him into the pulk for the rough climb up to Elk Pass. We spent most of the climb singing loudly.

On reaching Elk Pass we snacked, booted Finn out of the pulk, removed skins, and started the ski down. Which was a lot of fun! Some sections were slightly ridiculous with no grip, but still possible.

As we pulled into the carpark, having just flown down the last hill, Finn’s conclusion was, after yelling “YAHOOOOO!” most of the way down the hill: “Mama, that was the best adventure ever, that was such a fun adventure!”